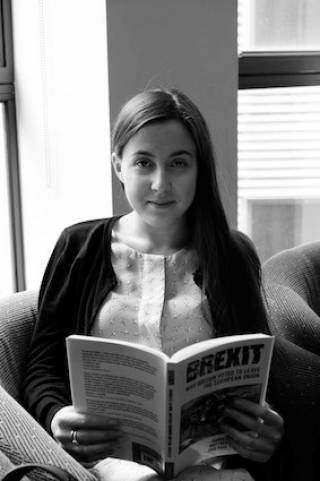 Working title of thesis: How does local-level contact shape attitudes towards EU migrants? A comparison of British, Romanian and Polish residents' views in two English local authorities in the context of Brexit

Research:  ‘Uncontrolled EU migration’ to the UK was one of the top issues raised by politicians and the media during the EU referendum debates. Migrant voices were rarely heard in these discussions. This is particularly unfortunate, considering those non-UK EU citizens living in the UK will be affected by post-Brexit migration policies and media portrayals of them.

My PhD study addresses a research gap by aiming to provide a more comprehensive view on how ethnic and national categorisations of EU migrants impact migration debates in the Brexit context, also accounting for migrant responses in the discussion. The project aims to answer three main research questions, with corresponding empirical elements. First, the study examines how EU migrants were portrayed during the EU referendum campaign, through an analysis of three collections of EU referendum ephemera, to contextualise the localised views in nation-wide debates. Second, it looks at how British-born people’s attitudes towards EU migration are shaped in this Brexit context. Third, it adds the migrant voices to the discussion, asking how EU migrants’ attitudes towards EU migration and the British are constructed. The latter two research questions are examined through fieldwork, looking at both attitudes ‘on the ground’ and at the local politics level. The attitudes are captured through semi-structured interviews and observations in two UK local authority areas (Newham and Tendring), considering the influence of local characteristics (such as ethnic composition and local politics) in shaping people’s attitudes towards ‘the other’.

Overall, through analysing multimodal data, my research looks at how attitudes towards migrants are shaped at the local level, comparing and contrasting two relatively ‘left behind’ areas in England, that differ in terms of the likelihood of contact with otherness, due to their different ethnic compositions.