Early in my career I worked and taught in the fields of translation, interpreting, and intercultural communication, and was particularly interested in the political and existential consequences of 'change' as ideas and people move (and are themselves altered) across languages, cultures, and physical borders. Following on from my work as a lecturer and freelance translator/interpreter, I co-authored two books on translating and interpreting ('An Introduction to Interpreting', 2 vols., Budapest: Patrocinium Kiadó, 2010/12). These books were designed to illustrate a 'praxeology' or practical theory of interpreting, and were aimed at students of translating and interpreting who wanted to improve their theoretical understanding and practical know-how; their knowledge of social rules, roles, and etiquette; the basic principles of conduct and preparation, and strategies for controlling emotions, moods, and performance. When teaching, my approach was to combine theoretical knowledge with hands-on practice so that students would be able to develop a sense of critical acumen, ethical awareness, and practical independence.

However, my work in the field of literary and media translation also led to an increased interest in the role of language and other symbolic systems in influencing behaviour and shaping individual and collective identities. I am particularly interested in the language of politics, and by necessary extension, the politics of language. Instead of seeing language as a static, self-contained and politically neutral system, I am interested in the sociopolitical dynamics of linguistic practices, especially with regard to issues of language choice, linguistic correctness, (self-)censorship, hate speech, the linguistic performance of ethnic, national, and gendered identities, and the language of political rhetoric and propaganda.

My current research project involves an analysis of the political discourses of late eighteenth-century Habsburg Hungary (including the political idioms of 'republicanism', 'politeness', 'enlightened monarchy', 'linguistic nationalism', and 'ancient constitutionalism'). In examining the development of political discourses in late eighteenth-century Hungary and the Habsburg Empire, I have also explored the transmission and recontextualization of political ideas through processes of translation and cultural appropriation, and have taken part in projects that seek to reassess the role of the Enlightenment in shaping the political practices and discourses of the Central East European area. My investigations into the emergence of linguistic nationalism have also led to an interest in the gradual 'switch' from Latin to Hungarian as an official state language between 1790 and 1848.

I have taught across a variety of fields, from translation studies, through intercultural communication, to Central European history. In Hungary I helped establish postgraduate and MA courses in translating and interpreting, and also taught a course entitled 'Reading Popular Culture in the Media', which focused on the semiotics and (more specifically) the persuasive techniques used in the media (such as film, television, and advertising). More recently I have taught on the 'Frontiers of History' course at UCL-SSEES. In all of the above cases my approach often involves a focus on the role that language and other symbolic systems play in organizing knowledge and influencing social and political behaviour. In addition to the 'Frontiers' course mentioned above, I am currently teaching on the modules 'History of Modern Germany 1815-1990' and 'Historical Methods and Approaches', in which I similarly draw attention to problems of representation and conceptual anachronism in historical interpretation and analysis.

After graduating from UCL-SSEES I taught literary translation at Pázmány Péter Catholic University in Hungary (2003-2005; 2007-2011), and also taught translation and intercultural communication at Corvinus University, Budapest (2007-2011). In addition to my academic career, I also worked as a translator and interpreter across a variety, of fields, from academia, through business and politics, to theatre and film. In 2007 I co-founded the 'Intercultural Dialogue Foundation', a public benefit organisation that promotes dialogue, understanding and cooperation between peoples of different cultural backgrounds at local, national, and international levels. In 2013 I moved to London to pursue an MA in Sociocultural Linguistics at Goldsmiths College, London, where I further explored historical and contemporary debates in (socio)linguistics and discourse analysis. My MA thesis focused on Hungary's controversial constitution of 2010 and explored the divisive yet plausibly deniable 'illiberal' and revisionist rhetoric of its preamble. After completing my studies at Goldsmiths, and in order to further explore the links between political language and political history, I pursued a doctorate in the 'Development of Hungarian Political Vocabulary in the Late Eighteenth Century' at UCL-SSEES, which focused on the development of political ideas and their corresponding vocabularies in the Hungarian vernacular, and on the emergence of the idea of an 'ancient constitution' during the late eighteenth century. 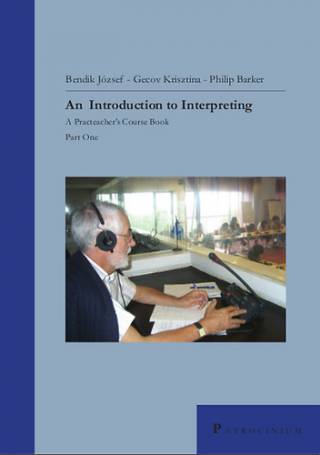