My current research focuses on the literature and cultural history of the Russian diaspora during the interwar years, and in particular the works of Vladimir Nabokov. My work in this area is fundamentally comparative in approach and draws widely on both Russian and European literary traditions. To date, I have published several scholarly articles on the writings of Vladimir Nabokov and Yuri Felsen, and have provided introductions and forewords to those of Gaito Gazdanov, Irina Odoevtseva, and others. I am also the editor and principal translator of the landmark anthology Russian Émigré Short Stories from Bunin to Yanovsky (Penguin, 2017), and am at present co-editing the correspondence of Ivan Bunin and Boris Zaitsev. My broader research interests include literary modernism, diasporic and exilic writing, national and postnational cultural identity, bilingual and transnational writing, literary adaptation and intermediality, and literary translation.

I read Russian and Japanese language and literature at the University of Edinburgh, where I graduated in 2008, having spent periods in Moscow, St Petersburg and Tokyo. Thereafter I went on to work as a linguist for the British Civil Service for a number of years before eventually returning to academia. In 2015 I completed an MA in Russian and East European Literature and Culture at SSEES and stayed on to undertake a PhD in Russian literature as a Wolfson Scholar in the Humanities.

Alongside my academic work, I have translated broadly from Russian, publishing translations of works by Nina Berberova, Ivan Bunin, Gaito Gazdanov, Alexander Grin, Yuri Felsen, Vladislav Khodasevich, Irina Odoevtseva, and others. I contribute regularly to periodicals such as the Times Literary Supplement and the Los Angeles Review of Books. 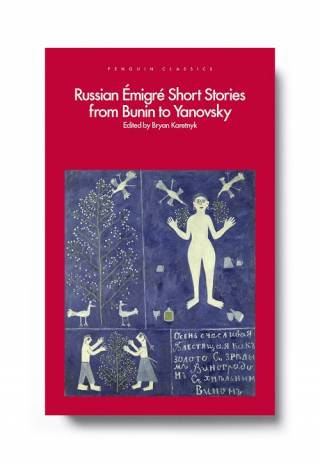