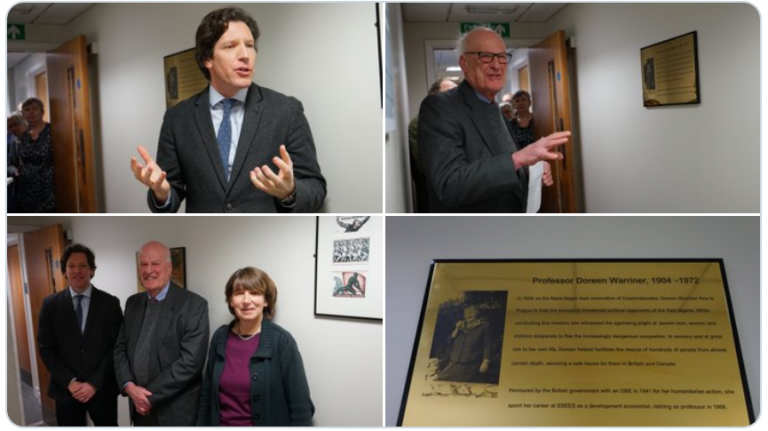 The School held a ceremonial unveiling of the plaque that honours Doreen Warriner (1904-1972), a development economics professor at SSEES, who in 1938 travelled to Prague to help refugees escape from the Nazi-occupied city. A plaque commemorating her courage and humanitarianism was unveiled by her nephew Henry Warriner and Dr Jakub Beneš, Lecturer in Central European History and it is placed on the wall in the hallway towards the Masaryk Common Rooms on the 4th floor. The unveiling was attended by many special guests, such as Trevor Thomas, a student of Doreen Warriner at SSEES, Barbara Winton, a daughter of Sir Nicholas Winton, and a few others. You can learn more about this remarkable woman by reading 'Doreen Warriner: A Woman on the Edge of Appeasement', written by SSEES Alumna, Dr Katya Kocourek, who was also present at the ceremony.