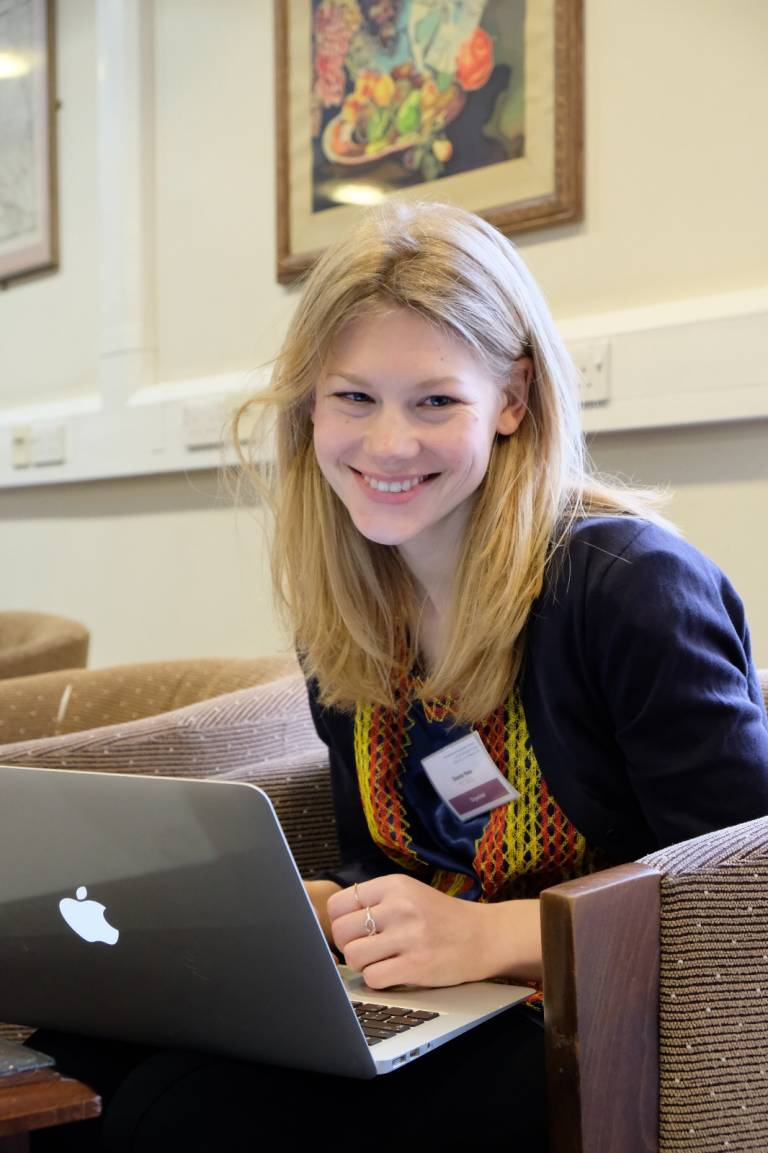 Huge congratulations to Eleanor Rees, SSEES research postgraduate and Wolfson Scholar, who has passed her PhD viva without corrections! Titled 'The Kino-khudozhnik and the Material Environment in Early Russian and Soviet Fiction Cinema, c. 1907-1930', Eleanor's thesis, which she completed in three years, explores the figure of the set designer in late-Imperial and early-Soviet silent fiction cinema. It analyses the ways in which set designers contributed to the technical and creative sides of filmmaking during the period in which cinema developed as a new national industry and new art form in Russia. Eleanor's examiners, Professor Emma Widdis (University of Cambridge) and Professor Lee Grieveson (UCL SELCS) described her thesis as 'exemplary in its meticulous scholarship' and commended Eleanor for building her 'extraordinary wide-ranging archival and secondary research into a work of great significance for our understanding of filmmaking practices in Russia across the Imperial and Soviet eras'. Eleanor's supervisors were Dr Rachel Morley and Dr Phil Cavendish. Congratulations, Dr Rees!