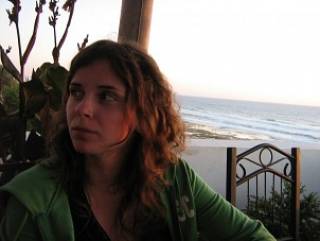 Working title of thesis: The Solidarity of the Shaken: The Ethical and the Political in the Thought of Jan Patočka

Research: The aim of my dissertation is to examine Patočka’s proposal by which the ethical can be implemented in the realm of the political and serve as a powerful tool for the revitalisation and transformation of the political sphere.   To give an idea of how Patočka implants the ethical within the political, it is necessary to reconstruct his enigmatic concept of a novel political community – the solidarity of the shaken – which he introduces towards the end of his final essays.

Patočka associates this hypothetical solidarity with the conditions of political violence - the ‘front line experience’. Furthermore, he brings puzzling concepts into the discussion (metaphors of day and night, conversion as metanoia, and sacrifice) which only further problematise the notion, which, rather than illuminating his ideas have become a source of confusion for readers of the essays.

I argue that Patočka did not invent the obscure vocabulary he used ex nihilo. Concepts such as the conversion, the call for sacrifice, and the front line experience were commonly used by thinkers in the inter-war and post-war eras, especially in their examination of community (Gemeinschaft).  Following this argument, I will challenge the conventional interpretations of Patočka’s final text as being a critical reflection exclusively of Edmund Husserl’s and Martin Heidegger’s models of philosophy of history and propose a new reading of the Heretical Essays, examining them as a contribution to the scholarly debate on the concept of Gemeinschaft in an attempt to revive the positive aspects of this notion rather than focusing on the regressive (if not sinister) uses to which it was put in the 20th century.

Through a reconstruction of the solidarity of the shaken, I will attempt to set Patočka’s political thoughts within the broader contexts of both phenomenology and political philosophy. I will abstract his concept of the community from the context of exclusively being a counterweight to the specific totalitarian reality of communism and will highlight the continuing relevance of the concept with regard to the contemporary crisis of democracy. I will challenge Patočka’s idea of the solidarity of the shaken with the contemporary discourse on the ethical and the political, especially with works of Mouffe, Badiou, Žižek and Rancière among others.  I will argue that, through examining and reconstructing the solidarity of the shaken, we can obtain a phenomenology of how new models of non-violent resistance are constituted and can become a driving force in the process of democratisation.