Welcome to Lithuanian London on-line!
This city’s links with Lithuanians are very ancient, going back long before the first waves of Lithuanians arrived here fleeing persecution in their homeland. 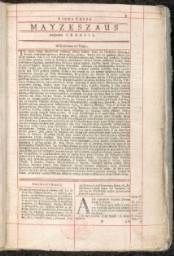 It was in London that the first Bible in the Lithuanian language was published as long ago as 1658 by Samuel Boguslaus Chylinski.
Photo: © The British Library Board C.51.b.13. 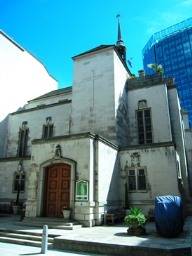 Photo: © Aleksas Vilcinskas
Though there is no monument to him there, Chylinski is associated with St Giles Cripplegate Church. Chylinski died in this parish. Also associated with him is the Dutch Church (Austin Friars). From this Bible printed sheets were given to this church after his death.

In the past century, the century of this School of Slavonic and East European Studies as well, Lithuania, like the other Baltic States, has had a chequered career. For half of that time it was part of the Soviet Union – a state of affairs not officially recognised by the British government. Consequently there have been a succession of Embassies and Legations in London representing the Lithuanian nation, if not always the Lithuanian state. The waves of immigrants from Lithuania who have integrated into the life of Britain and London have continued to arrive and make their contribution to this country since Lithuania’s restoration of independence in 1991 and its accession to the EU and NATO in 2004. In London you can sample Lithuanian foods at many shops and restaurants, and Lithuanians can find their own bookshops and other retail outlets right here in London.