The language of the inhabitants too is a mixture of those of such adjacent lands as Hybernia, Gallia, and Germany, and their pronunciation is extremely bad. 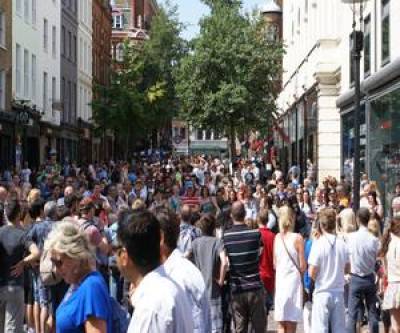 I was amazed above all at the people’s ignorance of Latin, because I went along three whole streets among merchants, furriers, tailors, etc. and nowhere found a single person that could speak to me in Latin, but after a long time I came upon an Italian on whom I expended the little Italian that I know, and who directed me to the common master of the Italians, saying that there was there a young Hungarian gentleman, at which I was highly delighted, but although he called himself a Hungarian he could not speak a word of Hungarian to me because he was a Czech, and had only wished to give himself a good name in coming from a distant land and therefore had called himself Hungarian.

...Just near here at the side of a house are two very fine fountains, at which I was once drinking with great pleasure when a Frenchman, thinking that I was of his nation, reproached me most severely; he held it a disgrace in the eyes of those that lived there that one of his race should drink water, but on learning of my country he embraced me and begged my pardon.

Leaving Londinum I made for Cantuaria (Canterbury), and on the way first I had to ascend a terrible hill, but God very soon gave me a pleasant Walloon as travelling-companion who, after going with me three or four miles, called for a horse to ride and left me, poor foreign fellow.