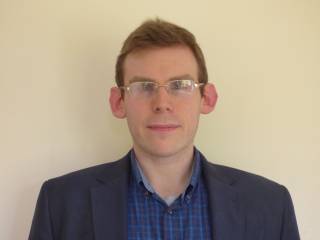 Working title of thesis: Konstantin Leont'ev, and the concept of Byzantinism

My PhD research concerns the nineteenth-century Russian intellectual Konstantin Leont'ev, and in particular the concept of Byzantinism, which he frequently invoked in his writings to denote the combination of autocratic rule and Orthodox piety which, he believed, shaped Russian identity.

I intend to examine the purpose and political significance which Leont'ev attached to the concept of Byzantinism, and the ways in which it accounts for his disagreements with the other schools of conservative thought in nineteenth-century Russia. These included his critiques of the Slavophile movement, and his belief that Russian foreign policy should support the integrity of multinational empires, including Austria-Hungary and the Ottoman Empire, rather than the creation of a Pan-Slavic state.

I will also look at the ways in which the concept of Byzantinism expressed Leont'ev's religious as well as political convictions. Leont'ev championed the prestige and authority of the Orthodox Church, which he saw as the basis of Russian civilisation, but opposed the forcible conversion of non-Orthodox Russians, saying that their traditional religions were a bulwark of social order. Examining the model of church-state relations which Leont'ev associated with Byzantinism may help to resolve this apparent contradiction.

Therefore, by analysing Leont'ev's conception of Byzantinism, we can cast light on the intellectual universe of nineteenth-century Russian conservatives, and understand them in terms of their positive beliefs rather than the critiques that their opponents made of them. Ultimately, this may help us to understand why they were so reluctant to embrace the kind of reforms which might have made it possible to avert revolution.