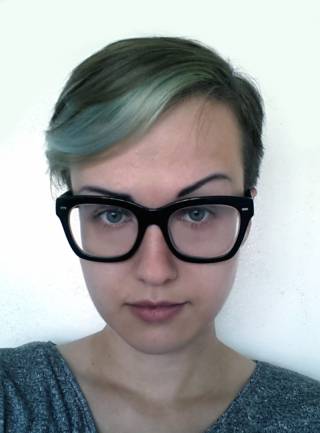 Working title of thesis: Amateur Filmmaking in the Latvian SSR: The De- and Re-ideologization of Soviet Everyday Life

Research: My research project focuses on the Soviet Latvian amateur filmmaking movement that spanned the period from the mid-1950s to 1991. In the 1950s, amateur filmmaking had become a well-established feature of everyday life in the Soviet Union. Interestingly, no centralized governmental organism existed to control the output of amateur filmmaking clubs, and as a result, state ideology was not always the primary motivation for making amateur films. In the case of the Soviet Union, works that dared to experiment with visual techniques and themes invariably emerged from the periphery, where the regime never had the same control. Latvia was arguably the most Russified and Sovietized of the three Baltic republics, and yet at the same time managed to produce a very diverse and inquisitive body of amateur films under the socialist rule, one which makes its example unique.

The goals of the my thesis are two-fold. One is to provide a detailed account of the Latvian amateur filmmaking movement as a social and aesthetic phenomenon, examining its visual, narrative, and reception strategies, and other conventions that defined amateur filmmaking practices in Soviet Latvia. The second goal is to examine Latvian amateur cinema as a phenomenon that carries a significant cultural and historical impact in the context of late-Soviet society. One of the tasks of my research is to explore the dynamics behind the relationship between the amateur filmmaking movement and the professional mainstream Soviet filmmaking tradition through analysing to what extent Latvian amateur cinema fits or clashes with Soviet cultural tradition. Consequently, my thesis strives to de-conceptualize amateur cinema as an exclusively home-based phenomenon or a form of experimental filmmaking by focusing on its broader artistic, social, and political uses, and to re-theorize the phenomenon in the context of the socialist system. Overall, I seek to explore the ways the processes of re- and de-ideologization unravelled on the periphery of the Soviet Union. My study also aims to de-Russianize and de-Sovietize the cultural history of the post-war Eastern bloc and to contribute to the existing knowledge of the practices of everyday life within the Soviet system. In addition to this, my research project aims to expand our knowledge of amateur filmmaking culture in the Soviet Union and to establish its importance in a global context.