Watch the recording of Day 1

Watch the recording of Day 2

Watch the recording of the Keynote Address - Prof Alena Ledeneva

As the COVID sanitary emergency continues to unfold, and despite the glimmer of hope afforded by the vaccine roll-out in some parts of the world, we are reminded of the key role crises often play in institutional change. Indeed, they constitute opportunity windows for change and sometimes moments of critical junctures and structural breaks in the development of economic institutions (Collier and Collier 1991; Acemoglu and Robinson 2012). However, some – even major – emergencies do not seem to have the expected disruptive effect on institutional arrangements, with institutional features showing remarkable resilience in the face of major upheaval (Crouch 2011). One stream of scholarship focuses on “punctured equilibrium” models (Baumgartner and Jones 1993), “grammar of institutions” (Crawford and Ostrom 1995) or “critical junctures” (Acemoglu and Robinson, 2012), that is to say on events or conditions generating big and radical institutional changes. Another stream of research has pointed out the importance of more subtle processes of institutional change, proposing theoretical tools that capture incremental, but still transformative processes of change (Mahoney and Thelen 2010; Streeck and Thelen 2005).

Social sciences are divided over conceptual and methodological tools to tackle informality. UCL call for a cross-discipline and cross-area studies enquiry into the complexity of informality has resulted in The Global Encyclopaedia of Informality: Towards Understanding of Social and Cultural Complexity Volumes 1 and 2 (UCL Press, 2018) and an online database (in-formality.com). This combined effort of over 250 researchers across the globe in the Global Informality Project has resulted in an important shift in studying informal institutions, networks, practices, norms and behaviours. This network-based expertise has enabled us to experiment with the method of context-sensitive comparison and resulted in some novel findings about the nature of informality. At least four forms of ambivalence – substantive, normative, functional and motivational – underpin the modes and varieties of formal/informal interactions. Understanding complexity through the lens of ambivalence has provided qualitative insights into the informal workings of human societies, as well as identified new challenges for quantitative approaches. Measuring ambivalence found in the bottom-up problem-solving practices could lead to a paradigm shift in policy-making. 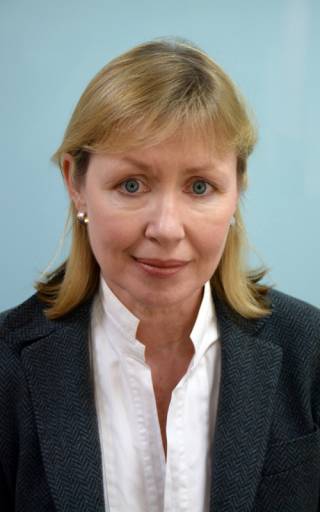 Alena Ledeneva is Professor of Politics and Society at the University College London School of Slavonic and East European Studies, United Kingdom. She is an internationally renowned expert on informality and governance. Her books Russia's Economy of Favours (1998), How Russia Really Works (2006), and Can Russia Modernize? (2013) have become must-read sources in Russian studies and social sciences. Her latest co-edited volumes include Innovations in Corruption Studies (2017) and The Global Encyclopedia of Informality (2018). She received her PhD in Social and Political Theory from Cambridge University (1996). She is a founding director of the Global Informality Project (http://www.in-formality.com) and a founder of the UCL Press FRINGE series.