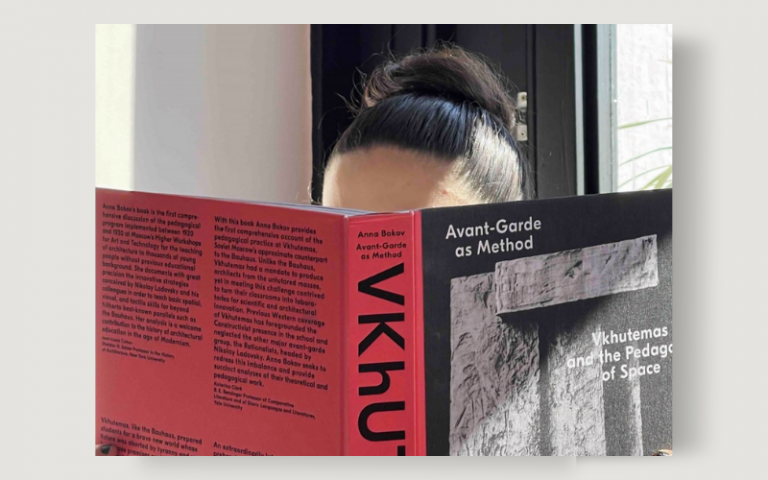 Throughout the 1920s and ’30s, the Higher Art and Technical Studios in Moscow, more commonly known as Vkhutemas, adopted what it called the “objective method” to facilitate instruction on a mass scale. The school was the first to implement mass art and technology education, which was seen as essential to the Soviet Union’s dominant modernist paradigm.

With Avant-Garde as Method, architect and historian Anna Bokov explores the nature of art and technology education in the Soviet Union. The pedagogical program at Vkhutemas, she shows, combined longstanding academic ideas and practices with more nascent industrial era ones to initiate a new type of pedagogy that took an explorative approach and drew its strength from continuous feedback and exchange between students and educators. Elaborating on the ways the Vkhutemas curriculum challenged established canons of academic tradition by replacing it with open-ended inquiry, Bokov then shows how this came to be articulated in architectural and urban projects within the school’s advanced studios.

Read an excerpt from the book here. 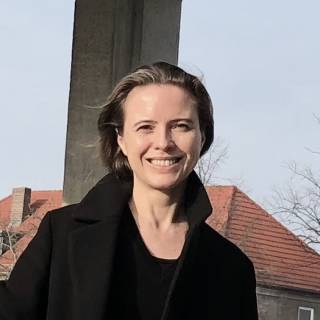 Anna Bokov is an architect, historian, and educator. She is a faculty member at the Cooper Union and the City College in New York. She has taught at Parsons, Cornell University, Yale School of Architecture, Harvard Graduate School of Design, and Moscow Architectural Institute. Anna is a fellow at the Center for Advanced Studies in Architecture at the ETH Zurich. She was a member of the School of Historical Studies at the Institute for Advanced Study in Princeton; a recipient of the Mellon Fellowship, the Beinecke Research Grant at Yale, and the Graham Foundation Grant. Her book Avant-Garde as Method: Vkhutemas and the Pedagogy of Space, 1920–1930 (Park Books, 2020) is dedicated to the Russian counterpart of the Bauhaus. 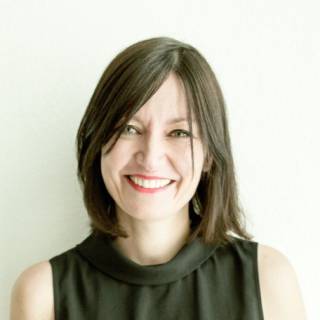 Ines Weizman is Head of the PhD Programme at the School of Architecture, Royal College of Art. She is the founding director of the Centre for Documentary Architecture (CDA), an interdisciplinary research collective of architectural historians, filmmakers, and digital technologists. Ines recently published Documentary Architecture/ Dissidence through Architecture, Arquitectura Documental/ Disidencia a Través de la Arquitectura, Santiago de Chile: ARQ Editiones (2020). In 2019 she published the edited anthology of essays on Bauhaus history as Dust & Data: Traces of the Bauhaus across 100 Years, Leizpig: Spector Books (2019). In 2014, she was editor of Architecture and the Paradox of Dissidence, published by Routledge. Her book Before and After: Documenting the Architecture of Disaster, co-written with Eyal Weizman, was published in the same year by Strelka Press. Ines has also worked on exhibitions and installations such as Repeat Yourself: Loos, Law, and the Culture of the Copy, exhibited at the 2012 Venice Architecture Biennale, as well as solo shows at the Architecture Centre in Vienna and the Buell Center at Columbia University, New York (2013).