Dostoevsky, Russia and nationalism in the global era 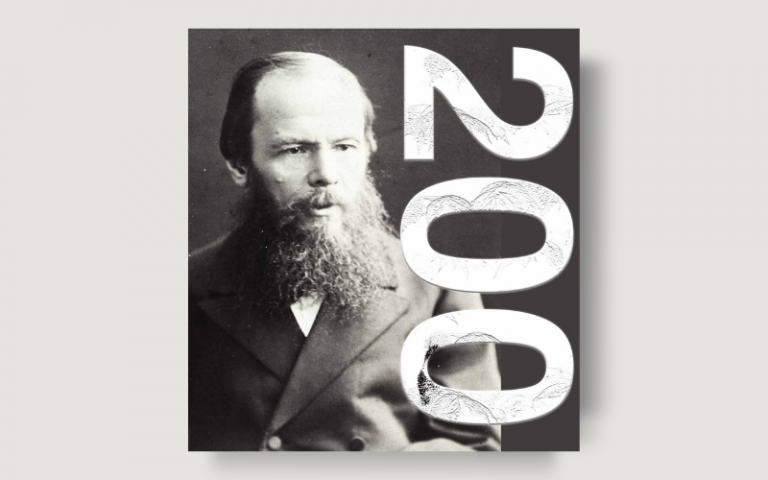 A roundtable, co-organized by SSEES Russian Studies seminar series and the University of Leeds for Dostoevsky 200

From the nationalist arguments of his late journalism, where he championed Russian Orthodoxy and ‘God-bearing’ peasantry, to his explorations of the possibility and dangers of radical social transformation, as well as insights into populist tactics in his fictional depictions of revolutionaries, Dostoevsky’s profound concern with the state of contemporary Russia and what it could give to the wider world continues to resonate today. As part of a series of events to mark Dostoevsky’s bicentenary, this roundtable brings together a panel of experts to discuss literature’s contribution to nationalist and populist trends, Russia’s relationship to its cultural heritage, and the relevance for global audiences of Dostoevsky's vision of Russia.

Ani Kokobobo is Associate Professor of Russian literature and chair of Slavic and Eurasian Languages and Literatures at the University of Kansas. She has published a monograph, Russian Grotesque Realism, The Great Reforms and Gentry Decline. She has edited multiple edited volumes and written thirty academic articles. Her writings for the public have appeared with The Washington Post, The Chronicle of Higher Ed, Los Angeles Review of Books.

Lynn Ellen Patyk is Associate Professor of Russian at Dartmouth College. Her research revolves around the revolutionary struggle and political conflict, their communicative forms and cultural representations. She is author of Written in Blood: Revolutionary Terrorism and Russian Literary Culture, 1861-1881 (University of Wisconsin Press, 2017) and Dostoevsky’s  Provocateurs (Northwestern University Press, forthcoming 2022) which examines the poetics of provocation in Dostoevsky’s novelistic art. In May 2021 she co-organized the bicentennial conference “Funny Dostoevsky” with Irina Erman and is preparing the conference volume. Her current research focuses on the communication strategies, outlets, and platforms of the new Russian democratic “underground.”

Vlad Strukov (PhD) is a London-based multidisciplinary researcher, curator, and cultural practitioner, specializing in art, media, and technology cross-overs. He is an Associate Professor at the University of Leeds (the UK) and a researcher at Garage Museum of Contemporary Art (Russia), working on global visual cultures.

Vera Tolz is Sir William Mather Professor of Russian Studies at the University of Manchester, UK. She has published widely on various aspects of Russian nationalism and the relationship between intellectuals and the state in the imperial, Soviet and post-Soviet periods. Her most recent books are Nation, Ethnicity and Race on Russian Television: Mediating Post-Soviet Difference (with Stephen Hutchings) and ‘Russia’s Own Orient’: The Politics of Identity and Oriental Studies in the Late Imperial and Early Soviet Periods. She recently completed an AHRC-funded collaborative research project on broadcasting and audience engagement strategies of RT (formerly Russia Today) (https://reframingrussia.com/about/) and is working on the book arising from this project, which is titled Russia, Misinformation and the Liberal Order: Co-Creating RT as a Populist Pariah.

Jennifer Wilson is a contributing essayist at The New York Times Book Review and a contributing writer at The Nation. She holds a PhD in Russian Literature from Princeton University.