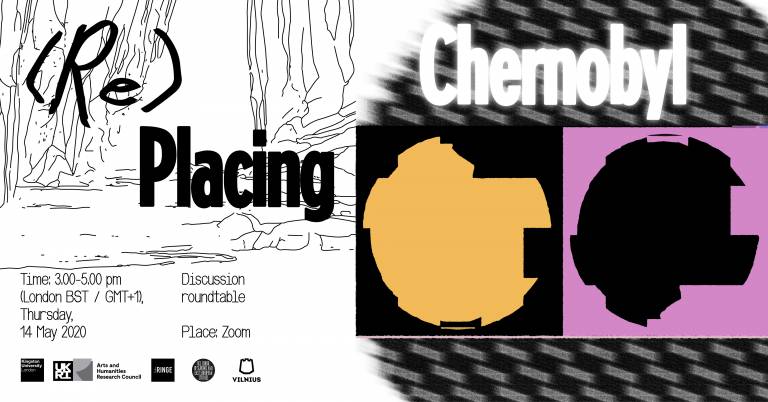 (Re)Placing Chernobyl will zoom in on the popular HBO miniseries “Chernobyl” (2019) to explore the politics of aesthetics, the power of TV mediation of scientific expertise and the wide-ranging impacts of this cultural representation of the disaster. In the context of the ongoing global COVID-19 pandemic, questions of public trust in science and the role of scientific experts in governance have returned to the forefront.

The discussion roundtable will gather prominent scholars, artists and cultural producers to unpack the complexities that emerged in process of staging the Chernobyl disaster in the twenty first century. How could one explain the unexpected popularity of the series? What kinds of historical narratives informed the miniseries and what stories were left out? Can “Chernobyl” help us understand the issues that the nuclear industry is facing today? The discussion will also explore the social, political and cultural consequences of the “Chernobyl” miniseries themselves. Nuclear tourism is booming in Ukraine, but also in the Lithuanian filming locations, where the ex-soviet Ignalina nuclear power plant "performed" the Chernobyl disaster and districts of Vilnius stood in for Pripyat. Do nuclear cultural heritage and nuclear tourism enhance public awareness and should they be promoted? Is there a risk of displacing the actual consequences of the catastrophe with captivating cultural imaginaries? In all, the discussion will seek to explore the relationship between culture, imagination and science and how these shape the legacy of Chernobyl.
Speakers
Simon Evans, Head of the Chernobyl Shelter Fund at the European Bank for Reconstruction and Development (EBRD).
Michael N. Goddard, Reader in Film, Television and Moving Image at the University of Westminster.
Paul Josephson, Professor of History, Colby College, USA.
Tatiana Kasperski, PhD in Politics and researcher at Pompeu Fabra University, Spain.
Lucia Pietroiusti, Curator of General Ecology at Serpentine Galleries, London.
Vitaly Strigunkov, visual artist, Lithuania.
Simon Watson, Senior Lecturer in Robotics Systems, the University of Manchester, UK.

Partner
This is Tomorrow