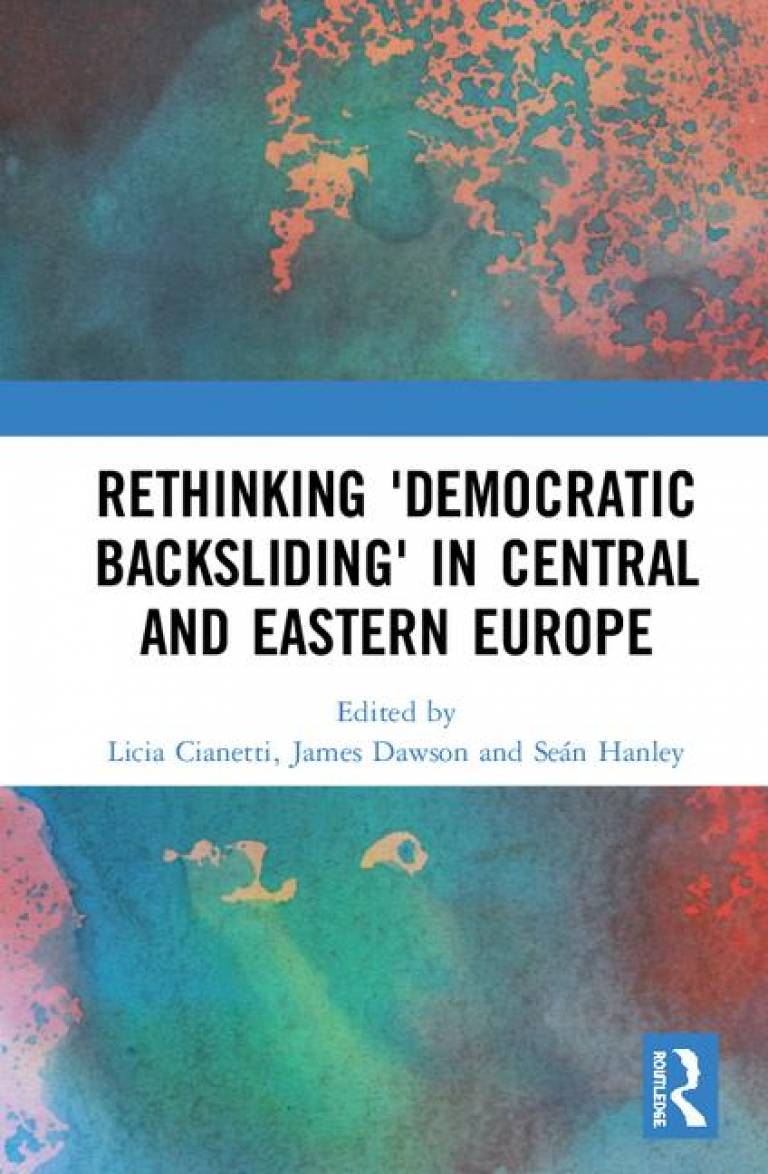 Over the past decade a consensus has emerged that democracy in CEE is sharply deteriorating, perhaps even ‘backsliding’ into new forms of authoritarianism. Debate has, however, so far focused disproportionately on the two most dramatic and surprising cases: Hungary and Poland.

In this event contributors to a newly published edited collection seeks to inject fresh thinking into the debate on democratic deterioration in Central and Eastern Europe (CEE), viewing ‘democratic backsliding’ through the prism of a range of cases beyond Hungary and Poland.

This collection reflects on the ‘backsliding’ debate through the experience of CEE countries such as the Czech Republic, Bulgaria, Latvia, and Estonia; as well as neighbouring post-communist regions such as the Western Balkans and former Soviet Union (cases such as Moldova and Ukraine), whose patterns of failing or partial democratisation may be newly instructive for analysing the development of CEE.

Contributors will discuss less frequently considered perspectives on ‘democratic backsliding’ in the CEE, such as the role of oligarchisation and wealth concentration; the potential of ethnographical approaches to democracy evaluation; the trade-offs between democratic quality and democratic stability; and the long-term interplay between social movements, state-building, and democratisation.

This book was originally published as a special issue of East European Politics.