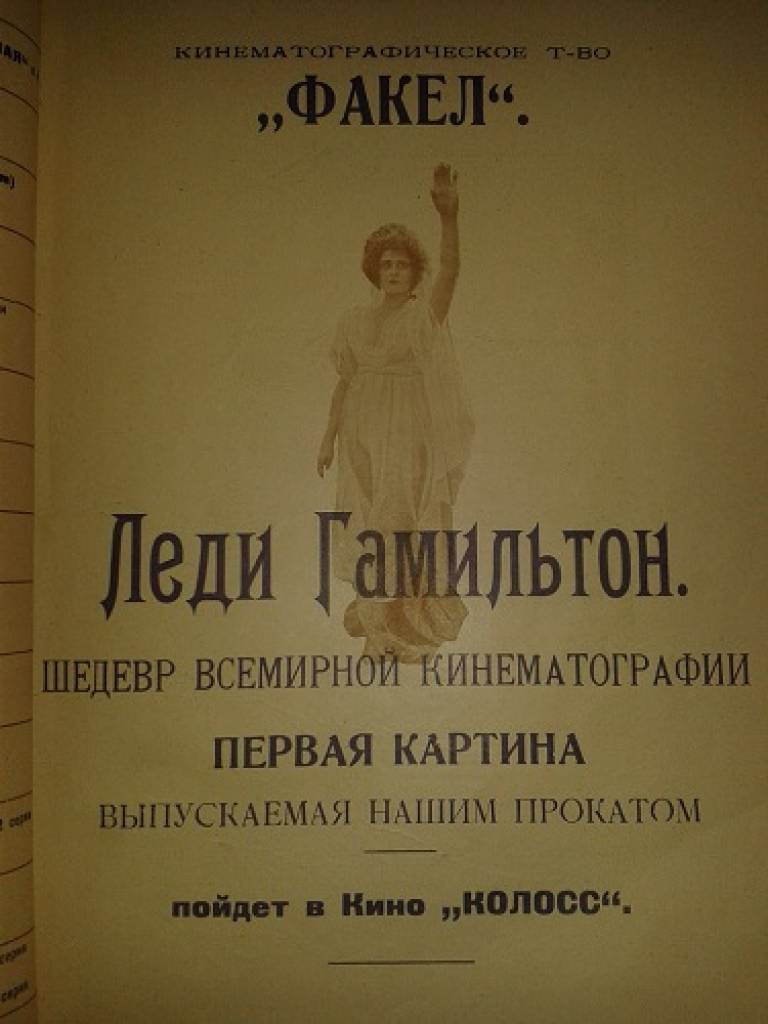 Natasha Poljakowa (Brandenburgisches Zentrum für Medienwissenschaften) will discuss 'From Censorship to Exhibition: German Films and the Ideological Control over Foreign Film Repertoire in the Soviet Union during the 1920s' at this seminar organised by the Russian Cinema Research Group.

In the early 1920s Soviet audiences were given access to hundreds of foreign films, which provided up to 90% of all Soviet income from film distribution. These works constituted the lion’s share of the Soviet Union’s film repertoire. Numerous German, Austrian, French and American films, as well as major productions from Italy, Great Britain and Scandinavia, were made available in metropolitan cinemas. However, from the early 1930s there was no official recognition of the scale and impact of these imports in terms of popularity and box-office takings. This talk will explore when and which foreign films were purchased for Soviet distribution, which institutions assisted in film import, what censorship criteria were applied to foreign film repertoire and how the films underwent censorship and re-editing. By presenting a series of case-studies of German and Austrian films in Soviet distribution, I will address the reasons why German films were imported into the Soviet Union, the mechanisms by which they were distributed, and the decision-making structures that influenced which German films were screened, depending on their genre and theme.

Natasha Poljakowa is a film historian with a specialisation in German and Soviet cinema. After completing her archival internship in the Austrian Filmmuseum in 2013, she worked on the German film collection at Gosfilmofond of Russia and in 2016 completed her PhD at Royal Holloway, University of London. Natasha is currently a guest scholar at the Brandenburg Centre for Media Studies (ZeM). Her research interests include German-Soviet collaborations in film in the 1920s, cinema of the Weimar Republic and the Third Reich in the context of cross-cultural relations in European cinema, and the history of film archiving.