Vladimir Putin’s proposal to establish the Eurasian Union, while capitalizing on domestic Soviet nostalgia, had two further main aims: to enhance Russia’s security and political clout; and to ensure a favourable climate for Russian business in the former Soviet republics, where Russia’s influence has generally been in decline since the collapse of the USSR. Western influence, especially in the states attracted by European Union (EU) integration, and Chinese economic penetration in Central Asia have both grown at the expense of Russia. Putin sought to re-assert the Kremlin’s interests. He saw the formation of the Eurasian Economic Union (EEU) in January 2015 as the first step towards the creation of a political Eurasian Union, and the EEU is widely seen as primarily a geopolitical initiative promoted by Russia.

The fundamental question for this one-day workshop will be whether the EEU is viable as a force for integration, and whether it can cope with the rival integration processes facing it from West and East. This is linked with other questions. Does the EU, weakened by Brexit, the immigration crisis and emerging nationalism among its Eastern members, still offer an attractive alternative for the people of the post-Soviet states? Is China’s rise unstoppable? What would make Moscow stop bandwagoning with Beijing on the world stage and instead balance against it?

Amat Adarov is an Economist at the Vienna Institute for International Economic Studies.

Peter Braga is a PhD student at UCL SSEES.

Rilka Dragneva-Lewers is Professor of International Legal Studies at the Birmingham Law School, University of Birmingham.

Pete Duncan is Senior Lecturer in Russian Politics and Society at UCL SSEES.

Filipa Figueira is Teaching Fellow in Economics and Politics at UCL SSEES.

Diane P. Koenker is Director of UCL SSEES and Professor of Russian and Soviet History.

Elena Korosteleva is Professor of International Politics and Jean Monnet Chair in European Politics at the University of Kent.

Natasha Kuhrt is Lecturer in the Department of War Studies, King's College London.

Xinxing Li is Principal Adviser to the Managing Director at the European Bank for Reconstruction and Development.

Ben Noble is Lecturer in Russian Politics at UCL SSEES.

Artur Radziwill is Director of Country Strategy and Policy at the European Bank for Reconstruction and Development.

Kaneshko Sangar has just completed his PhD at UCL SSEES.

Sofia Tipaldou is Marie Curie Research Fellow in Russian and East European Studies at the University of Manchester.

Andrew Wilson is Professor of Ukrainian Studies at UCL SSEES.

This workshop has been organised by Dr Pete Duncan and Dr Filipa Figuiera, with the support of the UCL Centre for Comparative Studies of Emerging Economies. 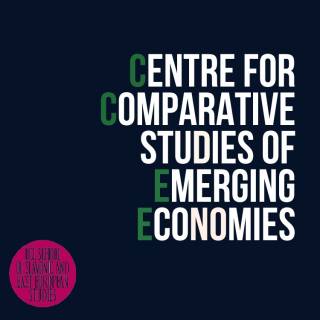