The Labours of Mother Russia: Pregnancy in Russian and Soviet Cinema 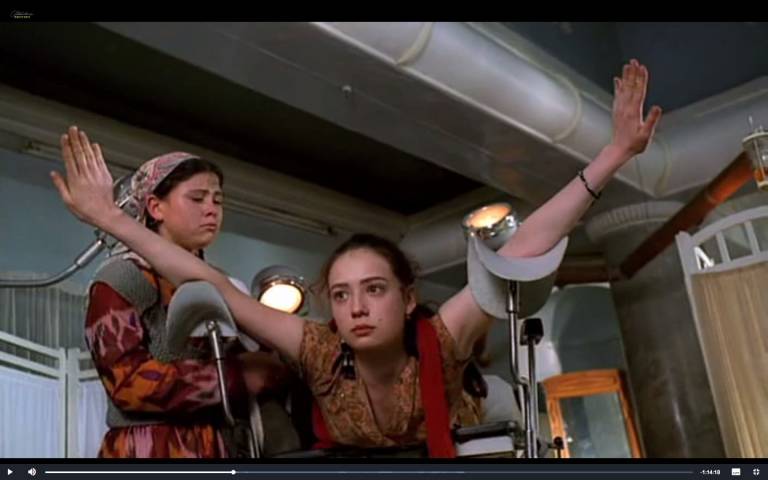 In 2017, Russian President Vladimir Putin’s proclamation for International Women’s Day stated: ‘We always turn to women for inspiration and consolation, and always find it. Women give us life and perpetuate it in our children. That said, women also need men’s support. We will remember that always, not only today.’ In the space of a few minutes, he encapsulated many of the ways in which stories about pregnancy are used to set out, construct and explore societal conceptions of gender. I will explore some of the tropes associated with pregnancy in Russian and Soviet films and the ways in which pre-parental bodies and characters form a locus of national anxieties. I am particularly interested in the ways in which women’s reproductive bodies are used as the ground for drawing lines in relation to key dilemmas that affect (m/Mother) Russia: how women are used as sexual objects or saviours; the necessity of maternity in formulations of womanhood; whether men can be anchors of humanity or kindness or whether they are destined for selfish pre-occupation; what different generations hold in terms of experience and hope; and the idealisation of pregnancy.

Serian Carlyle wrote her dissertation on the representation of pregnancy in Russian cinema at UCL SSEES, having previously studied at the All-Russian Institute of Cinematography (VGIK) and Leiden University. Serian is interested in how particular groups are used to define the limits of acceptable gender roles and sexuality in film, and has also written on the use of prostitution in Russian and Soviet film as a vehicle for critiquing state failings and analysing changing gender norms. She now works at the British Museum and is co-writing a chapter on abortion in Soviet film with Dr Rachel Morley (forthcoming in 2019).