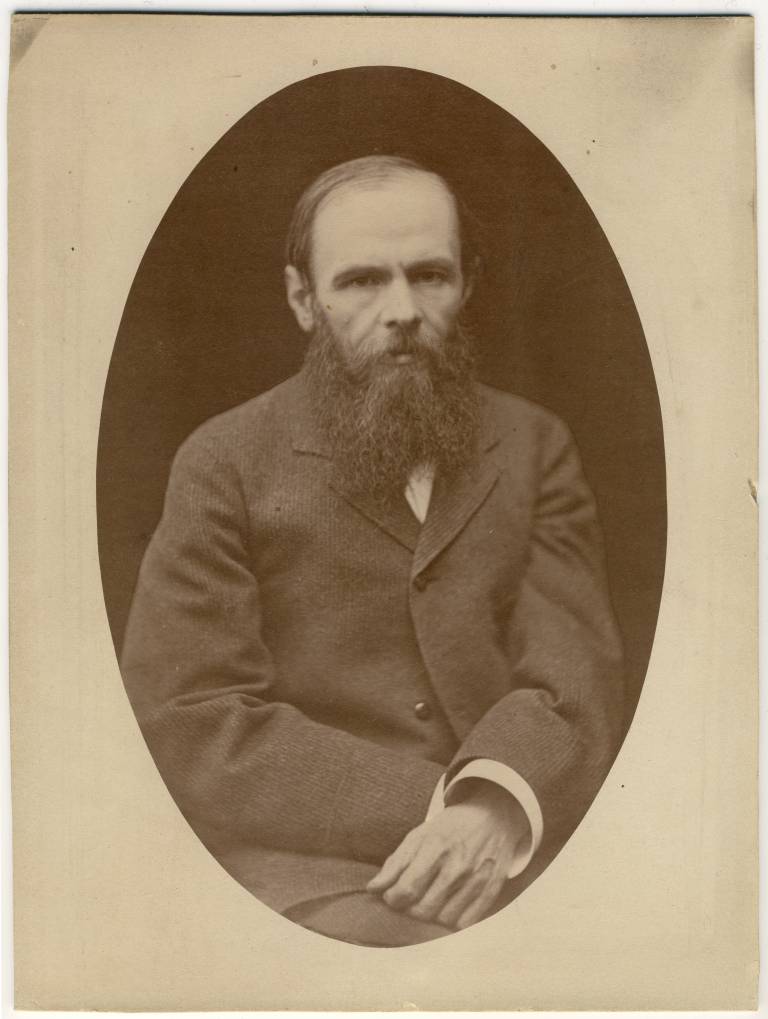 To mark the 150th anniversary of the novel Crime and Punishment, UCL SSEES is proud to present our Inaugural Dostoevsky Day UK.

The opening event will take place on 11th November 2016 (Dostoevsky’s birthday), starting at the UCL Bloomsbury Studio. At 10 am, there will be a screening of the documentary Fyodor Dostoevsky (2006 Video), from the series Great Russian Writers, by Kultur International Films. This screening will be followed by the premiere of a theatrical monologue Raskolnikov, which was especially created for our event, by the  actor Jonathan Curry. (Free) Tickets for this, are available here.

The afternoon session will take place at the UCL School of Slavonic & East European Studies (UCL SSEES) from 3.00 to 5.00PM, in the Masaryk Senior Common Room.

At the end of this session, we will have a joint presentation by members about materials relating to Dostoevsky in UK libraries, focusing on Crime and Punishment by members of COSEELIS (Council for Slavonic and East European Library and Information Services). The session will include presentations prepared by Mel Bach (Cambridge University Library): "Hands Up! : A Crime and Punishment Exhibition in Cambridge" and Katya Rogatchevskaia (British Library): “Dostoevsky at the British Library”, while Wojciech Janik (UCL SSEES Library) will present a library guide focusing on Crime and Punishment.  A photographic exhibition on St Petersburg by Maria Tolstaia is also planned.Further events have been scheduled to our Dostoevsky Day UK:

On 17th November at Rossotrudnichestvo (The Russian Cultural Center in London) at 7. 00 pm, the director Dmitry Turchaninov and his drama group will present fragments based on early works by Fyodor Dostoyevsky from – Netochka Nezvanova, White Nights, Poor Folk – in a form of an open class of acting with immersion into a psychological subtleties of the material, under the title: Evening FM

In December, Barbican Cinema has created a special programme, a film retrospective: Dostoevsky in December, with the following screenings: 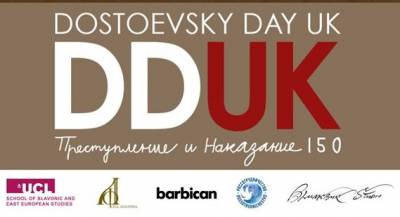