Returning from my year abroad during Covid-19

Sophia Saeed, third year UCL Geography student, shares her experience of having to leave her year abroad in Toronto early due to the pandemic. 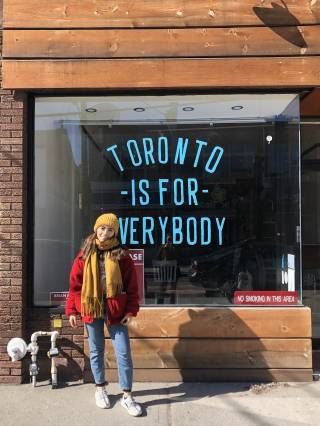 In August 2019, I excitedly arrived in Toronto to embark on my year abroad to study Geography at the University of Toronto. I had initially planned to return to the UK a year later in May 2020, after exploring Toronto and surrounding cities (think Montreal, Vancouver and Chicago…). However, my experience was cut short when the Coronavirus sent shockwaves around the world.

The six months that I had spent in Canada were truly unforgettable. I explored the culture and sights of Toronto, along with travelling to neighbouring cities such as Ottawa, New York and Washington DC. I learnt so much about the Canadian education system and made friends for life. When news of the pandemic broke, I received an email from UCL in March strongly recommending to “leave your placement if this is the best option for you”. No doubt, I was apprehensive at the thought of leaving Toronto months earlier than expected.

My parents advised me to return home as soon as possible due to safety reasons. However, there were so many things to consider at this point. How would I pack my entire room in two days? Will I find a reasonably priced flight so suddenly? Am I more vulnerable to the virus in the UK? Will the University of Toronto allow me to leave on such short notice? Am I making too much of a rash decision?

In all of this angst, I immediately contacted the UCL Study Abroad team to discuss whether I would be able to leave Toronto immediately without finishing my year abroad. Despite the chaos worldwide, the team reassured all those abroad that regardless of their travel decision, everyone will pass the year if they continue to study from home. The UCL team was really efficient in that they covered the cost of all flights back to one’s home country.

Despite this, there was such a fear of the unknown that was waiting for me back in the UK. To make matters worse, my father, an NHS doctor, began to feel symptoms of the Coronavirus. The Geography Year Abroad leader, Johnna Walters, was extremely reassuring and relieved a lot of my worries concerning my academic study at the time.

I put aside my feelings of discontent of not being able to say goodbye to my friends or finishing my classes at the University of Toronto as I realised that my frustration was nothing compared to the losses caused by the pandemic. Thus, I packed three large suitcases (despite donating half of my clothes to charity!) and booked the next flight to London Gatwick airport.

The journey from Toronto International Airport to London Gatwick was full of concern for my health, as well as the health of my dad and the entire world amidst the pandemic. To make matters worse, the airport had barely any sanitary precautions or social distancing measures which made the trip home very uneasy. As I arrived at Gatwick Airport, at that time there were no precautions taken by the UK government for international travellers and I was free to go back home. 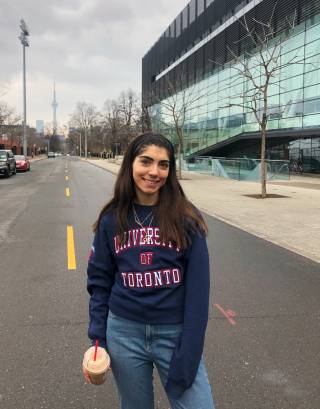 "The UK felt apocalyptic-like and panic was in the air"

While my family were self-isolating at home, I was kindly driven by my aunt to my family home. We stopped in Tesco and I felt like I still hadn't processed the transition. 24 hours ago, everything I was buying was Canadian products sold in dollars and now I was in a British supermarket where every shelf was empty. The UK felt apocalyptic-like and panic was in the air.

Upon arrival home, my dad was hospitalised in intensive care after testing positive to the Coronavirus. Due to the high pressure that we as a family were going through, I requested extenuating circumstances from UCL and the University of Toronto. This helped to extend certain deadlines as I was still studying my overseas courses remotely. Both universities granted extensions and offered various means of support throughout this period.

Now a few months later, thankfully my dad is recovering well at home and I have completed all of my studies for this academic year. I have mixed feelings about the end of my year abroad. I am truly grateful to be safely back in the UK with my family; however, it is still a shock. Nevertheless, both universities adapted to the circumstances well and provided me with enough support to ease back into my life in the UK.  I know that one day I will return to Toronto and “finish my year abroad”. But for now, I will be staying safe and returning to UCL in September for my final year of Geography!