Two UCL academics has been made Fellows of the British Academy for humanities and social sciences, in recognition of their outstanding work. 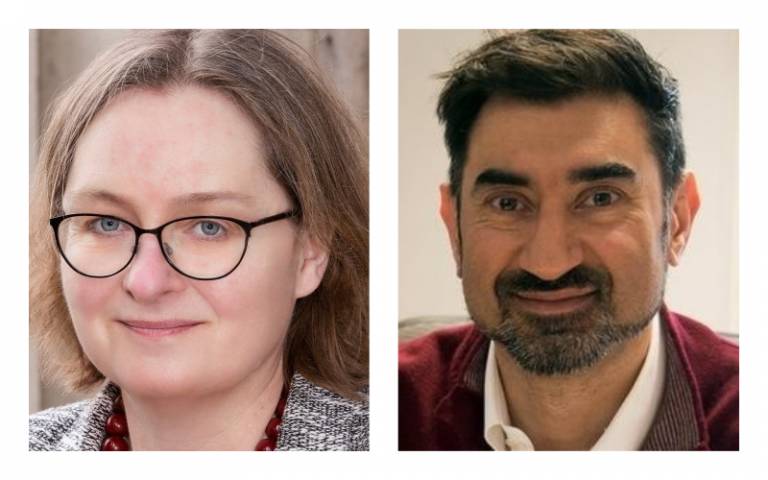 Professor Margot Finn and Professor Imran Rasul are among 76 distinguished scholars to be elected to the prestigious fellowship this year.

They join a community of over 1,400 leading minds that make up the British Academy, the UK’s national academy for the humanities and social sciences.

Professor Margot Finn (UCL History) has established a major reputation as a consistently original, wide-ranging and pioneering scholar of British social, cultural and imperial history, principally in the late eighteenth and nineteenth centuries. She was recently Principal Investigator on the major Leverhulme Trust-funded project ‘East India Company at Home, 1757-1857’. Professor Finn is the President of the Royal Historical Society and Chair in Modern British History at UCL.

Professor Imran Rasul (UCL Economics) is one of the world’s leading applied micro-economists, specializing in development and labour economics. In a series of pioneering papers with Oriana Bandiera and Iwan Barankay, Rasul has revolutionised the way that economists have approached testing theories of incentives in the workplace. He is co-director of the Centre for the Microeconomic Analysis of Public Policy at the Institute for Fiscal Studies, and research co-director of the Entrepreneurship Research Group at the International Growth Centre.

Professor Sir David Cannadine, President of the British Academy, said: “The British Academy has always recognised pioneering research in the humanities and social sciences, and 2019 is no exception. This year we have elected a particularly multi-skilled and versatile cohort of Fellows whose research crosses conventional academic boundaries.

“Whether it is climate conservation or the ageing society, the rise of artificial intelligence or social cohesion, our new Fellows’ wealth of expertise means the Academy is exceptionally well-placed to provide new knowledge and insights on the challenges of today. Their work has opened rich new seams of understanding and discovery, offering new perspectives on long-standing and emerging challenges alike.

“I extend my warmest welcome and heartiest congratulations to all our new Fellows, Corresponding Fellows and Honorary Fellows. I look forward to working with these outstanding scholars to build on the Academy’s excellent and ever-expanding record of achievement.”