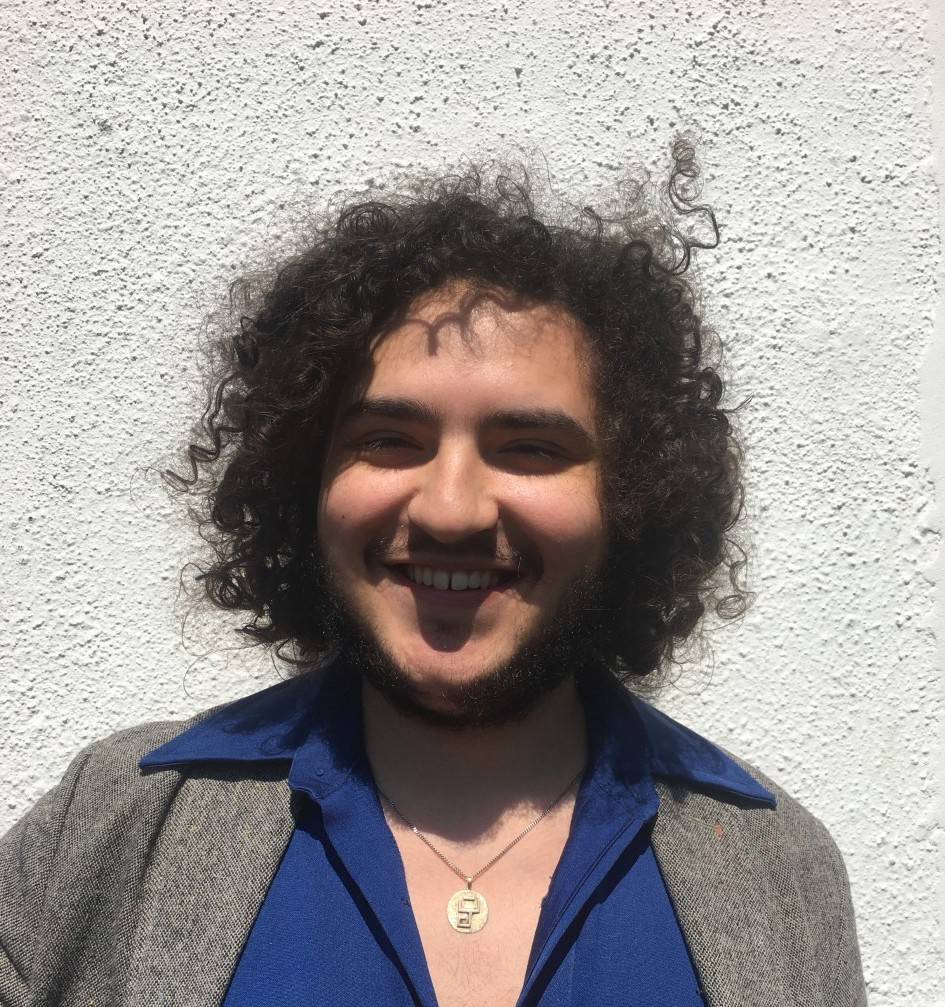 Mataio Austin Dean graduated with a BA in Fine Art from the Slade in 2020. He has been commissioned to produce a new artwork for UCL East.

One of the driving forces in Mataio's life and art is his politics. He's been a Marxist probably since he was about 11 years old, later he decided that it made sense for him to do art: not just because he enjoyed it but because art can be a force for change.

“I did a lot of work about the forgotten and erased histories of anti-colonial, anti-slavery rebellion in Guyana. I wanted to think about how we can inscribe symbols of revolution and rebellion into today’s reality of imperialist capitalism. I used the image of burning sugar cane as a form of revolutionary sigil. I also looked at the folkloric figure of the Cutty Wren which is part of a broader tradition of ritual king-killing songs in English traditional music. It represents a kind of latent revolutionary culture in English folksong. In this work, I explored how this English tradition relates to Guyanese radical history and Guyanese folksong – I am interested in engendering an international, intergenerational, and intertemporal class solidarity.”

“I’m provisionally thinking of making two works, one for each building. I am doing a lot of research into the specific histories of the two UCLE sites. Between a soap factory, a paint and varnish factory, and one of London’s many historic brickfields, I’m interested in how the exploitation of nature and of London’s geology relates to the exploitation of labour and to the later, pseudo-colonial uses of the sites.” 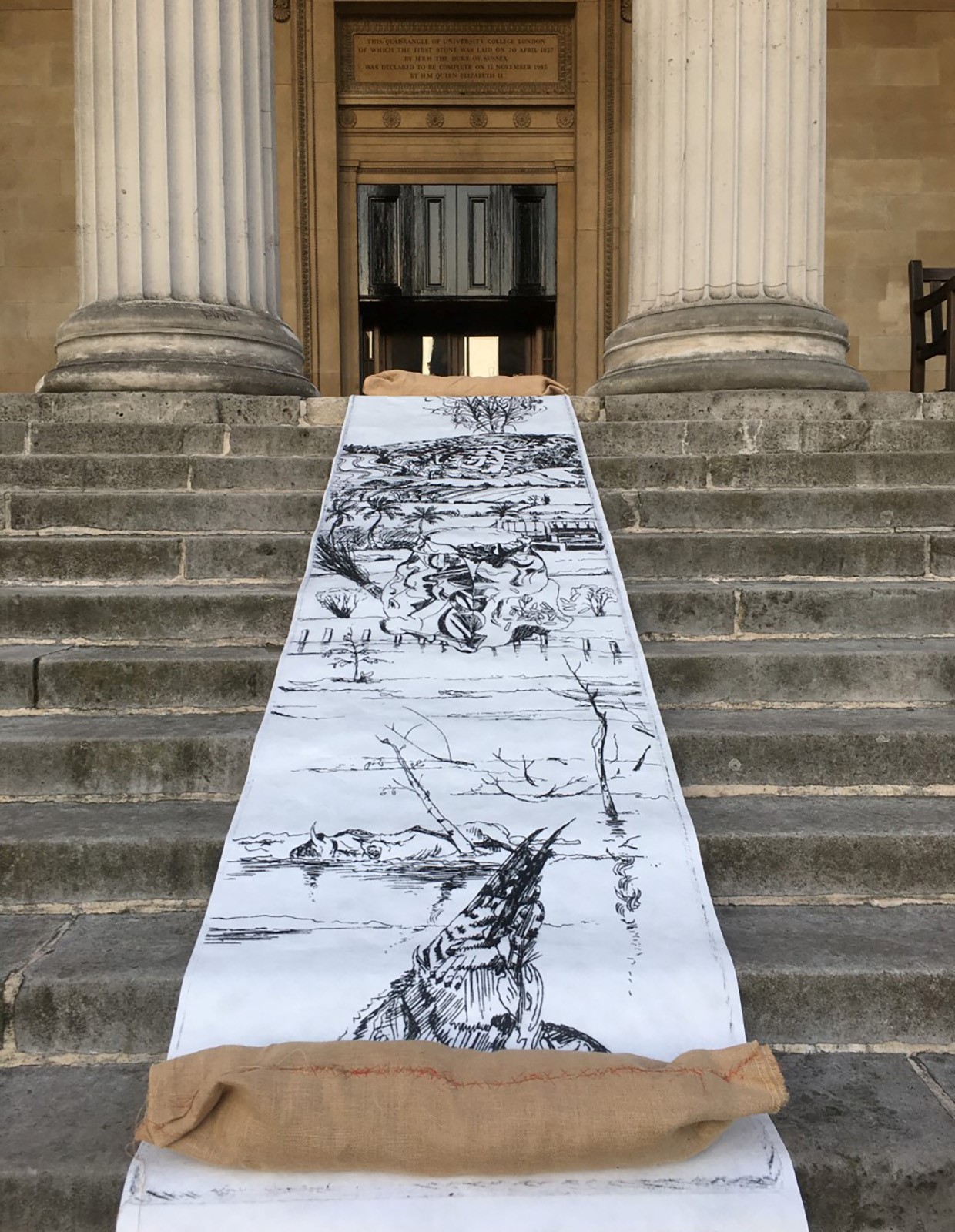 The Jumbee sugar cane and the Cutty Wren, 2020, exhibited as part of Slade Degree Showcase 2020