Artemisia in Fiction and Fact

The course examines the life, art and afterlives of the baroque painter Artemisia Gentileschi (1593 to 1653), the first woman to gain admission to the Accademia delle Arti del Disegno in Florence.

By analysing three novels and a film inspired by her life and work, you'll explore the reasons for the fascination this painter has exercised at different times.

By distinguishing between the documented facts about her life and the interpretations it inspired, the course aims to highlight:

This course is run by UCL's School of European Languages, Culture and Society (SELCS).

Artemisia had a successful career in Florence, Rome, Naples (where she opened her own school) and London. However, her work and that of her father and teacher Orazio and all of Caravaggio’s followers was then neglected for three centuries. They were rediscovered in the 1940s by the art historian Roberto Longhi.

In 1947 Longhi’s wife, the feminist art historian Anna Banti, published the novel Artemisia. This work was translated into English in 1985 and rekindled interest in the painter’s life as much as in her work. It's one of the three novels you'll study on this course.

You'll also follow Artemisia’s transformation into a feminist icon during the 1970s and the controversy inspired by the 1997 film Artemisia, of which she's protagonist. This film gives a much-disputed account of her rape by, and liaison with, the painter Agostino Tassi. This episode overshadowed Artemisia’s life and risks influencing the evaluation of her work to this day.

It was only in 1991 that the first monographic exhibition on Artemisia Gentileschi at Casa Buonarroti, Florence, highlighted her status as a protagonist of the Caravaggesque revolution.

Who this course is for

This course is open to anyone with an interest in Italian art, Renaissance and Baroque art, Artemisia Gentileschi’s oeuvre, or art fiction.

There are no prerequisites for attending this course.

This course will be delivered online via Zoom. Sessions will be held from 6.30pm to 8.00pm over five days. These sessions will include lectures and discussion.

This course will help you understand what Artemisia’s paintings are about. You'll also learn how and why she rejects or complies with the painting conventions of her time in her choice of subjects and technique. 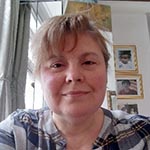 Maria-Novella is a Teaching Fellow in Italian and European Cultural Studies. She holds an MPhil in English Literature from the University of Florence, Italy, an MA in Philosophy and a PhD in German Studies from UCL, and an MA in Renaissance Studies from Birkbeck College. She's been teaching in higher education for more than two decades, mostly at UCL.