The Department of Security and Crime Science is part of the Jill Dando Institute, the first institute in the world devoted to crime science

In 1999 one of Britain’s best-loved public figures, the broadcaster Jill Dando, was murdered outside her home in west London. Her co-presenter on Crimewatch, Nick Ross, proposed a memorial to her in the form of a university institute devoted to a new scientific approach to tackling crime - crime science. The Jill Dando Fund was set up and UCL was selected to host the Jill Dando Institute. The JDI came into being on the 26th April 2001, the second anniversary of Jill Dando’s death, under the inaugural Directorship of Professor Gloria Laycock. In April 2019, an event was held at the Royal Society in London to remember Jill Dando and celebrate her legacy - the JDI. You can view a recording of this event on UCL's YouTube channel.

In 2009, the Department of Security and Crime Science was established in order to facilitate the offering of post-graduate taught and research courses. The Department offers an undergraduate programme, master's courses and PhD programmes. Its alumni have gone into roles within Government, the security services and academia.

What is crime science?

Crime science is devoted to finding what works to cut crime. More formally, crime science is the application of scientific methods and knowledge from many disciplines to the development of practical and ethical ways to reduce crime. Unpacking this definition, crime science has the following features:

First, the purpose of crime science is to reduce crime. Crime reduction may be achieved through the prevention of crimes before they occur, the disruption of crimes that are occurring, the rapid detection of offenders after crimes have been committed, and the management of known offenders to reduce reoffending. Crime scientists actively engage with criminal justice policy makers and front-line practitioners to develop and implement strategies to reduce crime.

Second, crime science involves the application of scientific methods and knowledge. Crime science is an evidence-based, problem-solving approach that embraces empirical research. Crime scientists examine who commits crime and why, what crimes they commit and how they go about it, and where and when their crimes are carried out. Adopting the scientific method, they collect data, generate hypotheses about patterns and trends, and build testable models to explain observed findings.

All stations are within a 10 minute walk from the department. 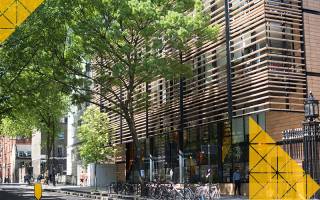 The Department of Security and Crime Science is part of UCL Engineering, an exciting UCL faculty comprising 10 cutting-edge departments.  Visit the UCL Engineering website to find out more.