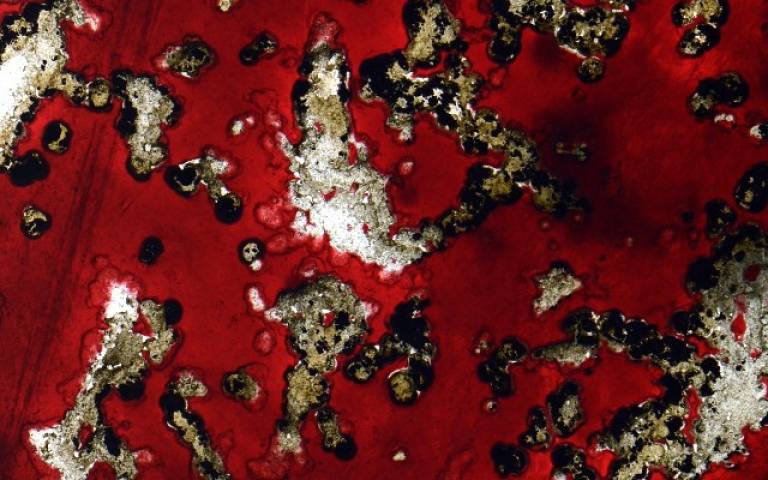 UCL Institute of Sustainable Heritage (ISH) student Jacqueline Moon and SEAHA supervisor Dr Katherine Curran have published research exploring the connection between yellowing in silver gelatine photographs and image silver migration in the journal Heritage Science.  Silver gelatine photographs were the most important type of photographs from the 1880s to the 1960s and are present in large numbers in libraries and archives.  However, they are prone to deterioration such as yellowing, and migration of the silver that forms the images.  Deterioration can be caused by inappropriate storage conditions e.g. high relative humidity or by problems with the initial photographic process that leave residual chemicals in the photograph.

In this paper the authors created a series of test photographs, some of which contained residual processing chemicals and exposed them to artificial ageing conditions with high temperatures and high relative humidity.  They then used colour measurements, Fourier Transform Infrared (FTIR) spectroscopy and Transmission Electron Microscopy (TEM) to explore the relationship between colour change and changes in the structure of the silver particles that form the image.

They found that the photographs that did not contain residual chemicals yellowed after exposure to high humidity and temperature and that image silver migration had taken place.  Migration can lead to the formation of colloidal silver, which can give a yellowish appearance.  The photos that did contain residual chemicals appeared more red, and less silver migration had taken place, this is attributed to the formation of silver sulfide.

These results help photographic conservators understand the possible causes of observed colour changes and how these can be influenced by the storage conditions and/or the way in which the photograph was processed historically.

Jacqueline Moon is conservator of photographic material and Senior Conservation Manager at The National Archives in London.