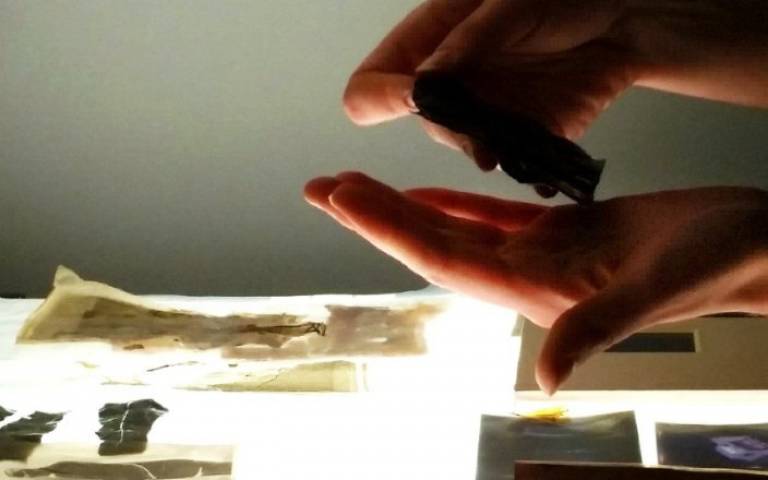 On 7th and 8th June 2017, SEAHA Mobile Heritage Laboratory (MHL) visited The National Archives (TNA) in Kew for a research and public engagement event entitled Beyond what the naked eye can see: Victorian Britain on Film. TNA is a heritage partner of SEAHA and has been collaborating with the British Film Institute (BFI) to study the degradation of cellulose nitrate and cellulose acetate films to gain insights into the conservation and management of large scale film collections. This SEAHA MHL event was to highlight the use of scientific techniques in studying the degradation of historic films, to raise public awareness of the issues encountered with conserving heritage materials for future generations, as well as to promote conservation and heritage science as career choices.

On the first day of the event, SEAHA students and TNA’s photograph conservator looked at samples from early British film in the MHL. Fourier Transform Infrared Spectroscopy (FTIR) was used to investigate the spectral regions of camphor and liquid nitrate salts of cellulose nitrate and the Keyence-VHX 5000 digital microscope was used to examine the structural changes of cellulose acetate films during degradation. On the second day, the MHL was open to the public. About 40 participants were invited inside the MHL, where SEAHA students and TNA’s conservators shared their knowledge of how scientific analyses could help reveal material compositions, methods of production and signs of degradation through hands-on demonstrations. Both original and working film samples from TNA and the BFI at different degradation stages were available for handling and analysis. All participants benefitted from the discussions about long-term care for degrading film collections. 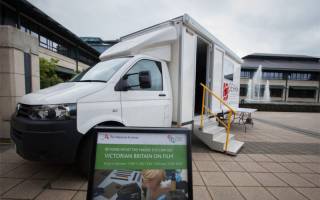 Image: SEAHA Mobile Heritage Laboratory at the National Archives for the event Beyond what the naked eye can see: Victorian Britain on Film. Credit: Boyce Keay.