SEAHA at Hellens Manor - "The Bugs Observe Us" 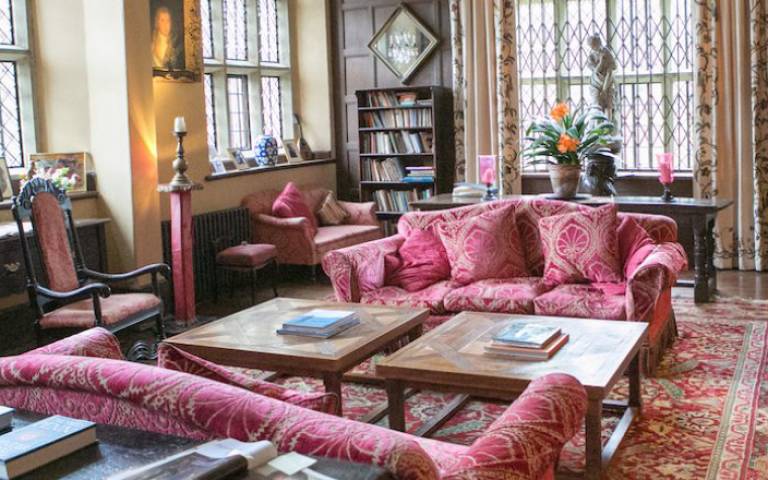 This blog post was written as part of a field project at Hellens Manor, Herefordshire, UK, with the aim of contributing to an integrated pest management strategy.

It’s the early evening of the 9th of March 2017 at Hellens Manor. The weather is no longer so cold, maybe spring is finally coming with the first blossom. Xestobium and Rufovillosum, two death watch beetles, observe the new visitors … or invaders, as they prefer to call them. The light is fading in the music room and they feel safe spying from the oak panels on the south wall just under the large window. 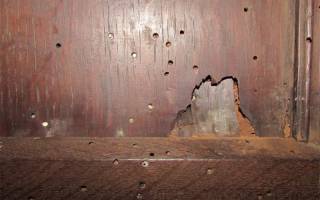 Xestobium has been around as a beetle since last year, he has strangely survived the winter. Rufovillosum has just emerged as a beetle with the first warmer days of spring. He has been a larva living in the wood panels for the last four years and he is amazed with the enormous new world around him – the beautiful music room. He has been trying to venture towards the door across the room, but hasn’t quite managed it yet.

Xestobium: There they come again, just like in the last five years… *sigh*

Rufovillosum: Who are they?! They look…. BIG!

Xestobium: Heritage students usually come in this time of the year to look at the house… I am not really sure what they do… But there is always someone very interested in us and in making sure we go away. Others will come from now until the days start going colder, they visit the house but they don’t worry about us.

Rufovillosum: Why don’t they just leave us alone??

Xestobium: They know we cause a lot of problems… eating and tunnelling away the wood is not exactly good for the structure of the house!… I am worried they discover we are still here…

Rufovillosum: But we are so tiny! I am sure they won’t see us!

Xestobium: Hmmmm … I know the holes we make to leave the wood once we emerge as beetles are only about 4 mm in diameter but still they see it… we need to be more discrete… Luckily you are the first this year so there aren’t new holes yet for them to worry about. And this means there isn’t fresh frass around the exit holes yet! They might even think we are gone! But still … this mating time is terrible. I am afraid the mating calls are too loud, I’ll have to tell the guys to beat their heads against the wood a bit gentler![1]

Rufovillosum: Yes… We need to be careful. But… how come you are here since last year? I thought after coming out of the wood that was the last summer we were around…

Xestobium: I don’t know… I’ve heard winters are no longer so cold. They call it climate change. The fireplaces also make it easier to go through the winter. But at the same time, it dries the wood and it’s not so tasty to chew on dry wood.

Rufovillosum: I felt so warm these last winters!

Xestobium: Yes, four winters ago they installed a central heating system that makes this place really cosy[2]. Do you know?! I was thinking of a new strategy for the new adults emerging soon: laying their eggs on those pillars over there on the east wall, near the floor. I have been there to check it and the oak is yummy and moist! Just like a nice sponge cake. Although we enjoy it a bit harder!

Xestobium: I don’t know, just something I’ve heard around when they have parties here. Anyway, we have family in the north wall, you know? But they say they struggle because the wood panels are much drier over there. Here, against this humid external wall is the perfect place for us! The condensation dropping from the window also helps.

Rufovillosum: Changing subject! The other day I had a date with Lyctinae, but it didn’t go so well…

Xestobium: I told you it would be a disaster. Her antennae were way too big.

Rufovillosum: It was not a disaster, she is just from a different family. She said she was a powderpost beetle and so it wouldn’t work out between us… She comes from really reeeeeeally faraway, the Bloody Mary’s room. Have you heard of it?

Xestobium: Nope. Sounds far. Now, focus on what I am telling you! We need to do something.

Rufovillosum: Yes… but I am busy now. I have a date tonight and the sun is gone. I’m off!

As Rufovillosum flies off to find his date, Xestobium stays alert thinking of the freshly arrived invaders and what they would find in the next days.

The colony of death watch beetles has been observing these strangers for a few years now, and they didn’t like it. The strangers didn’t really interfere with the colony, no harm was done, no toxic smokes and liquids as they heard from colonies in other historic houses complaining about, but he knew something was coming and the colony wouldn’t be there for ever.

[1] Adult beetles produce tapping sounds as mating calls once they emerge from the wood.

[2] Central heating was installed in the autumn of 2013. While keeping everyone warmer throughout the year, it also helps keeping the house less humid. This helps preventing pests such as insects, which tend to develop in damper environments.

Morena Ferreira is a SEAHA student based at UCL Institute of Sustainable Heritage. Her project explores an alternative strategy to prevent mould development in historic buildings. The aim is to explore the use of air movement to change the water available on the surface of materials (e.g. paper and leather) which enables mould development, thus developing a preventive measure focused on microclimates with high risk of such biodeterioration. The case studies are libraries in National Trust properties.

Find out more about Morena's research