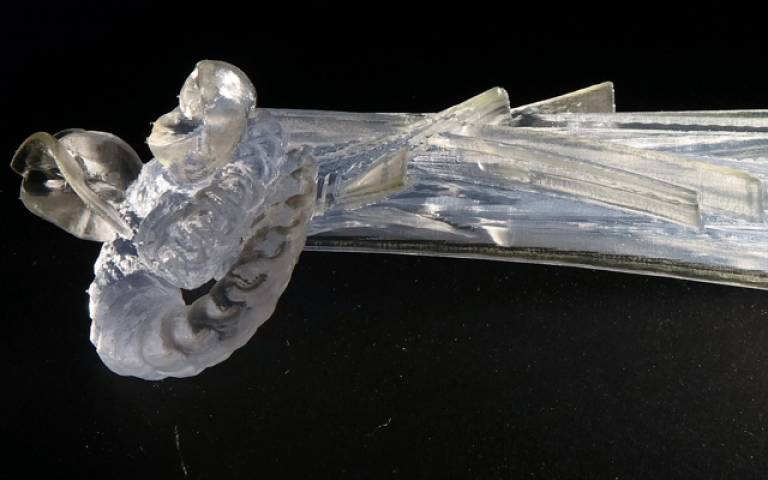 Despite increased research into the conservation of modern materials in recent years it remains one of the biggest conservation challenges. This is partly due to the complexity of materials used in art and design today and partly due to rapid technological developments. Digital developments such as augmented reality are challenging our views of authenticity, not without implications to conservation. Many new questions, philosophical and scientific, have been raised with digitally borne artwork.  Carolien Coon is attempting to address some of these questions focusing on the physical manifestation of digital technology: Rapid Prototyping (RP) commonly referred to as 3D printing.

She has reviewed the use of RP in cultural heritage and existing research into material stability of RP polymers.  This was published last month in the paper “Preserving Rapid Prototypes: A Review” Heritage Science, alongside results of the Design with Heritage (DwH) knowledge exchange project she and co-authors were involved with. The DwH project aimed to identify conservation issues related to digitally born artwork and to inform the direction for future heritage science research.

A unique aspect of this paper is that it is a collaborative effort between heritage scientists and Tom Lomax, London-based digital artist. A copy of Tom’s sculpture has been made freely available to download for further scientific research, which is probably a first for a scientific publication. The intention is that heritage institutions internationally can download Tom’s sculpture for their own research projects, ideally functioning as a case study, enabling inter-institutional comparative research into RP and digital preservation.

However, you can also just download and print it, and enjoy it at your home.