A database of 10,000 bird species shows how measurements of wings, beaks and tails can predict a species’ role in an ecosystem, according to a study led by UCL and Imperial College London. 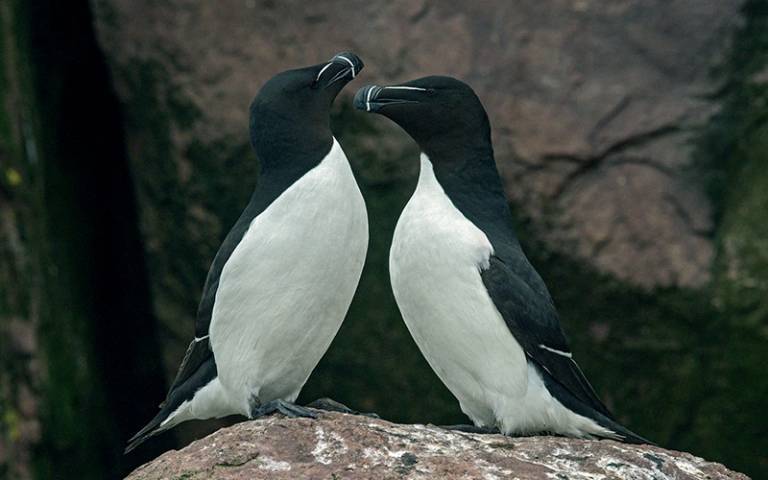 Given that many bird species perform important ecological functions, such as pollinating plants, spreading seeds, or controlling pests, the database may help scientists to understand and predict how the loss of species will affect ecosystem health.

A global team of researchers visited museums around the world to find specimens of nearly 10,000 species, covering more than 99 percent of all known bird species. Their results, and the database, are published today in Nature Ecology and Evolution.

The link between body form of each animal species and aspects of their lifestyle, including diet, has previously been proposed, but this is the first time it has been confirmed at such a large scale and with such precise detail.

The study’s first author, Dr Alex Pigot (UCL Genetics, Evolution & Environment) said: “Our results suggest that evolution is a predictable process. If we were to 're-run the tape of life', then evolution likely would once again lead to very similar-looking organisms to the ones we see today.”

“Being able to quantify each animal’s vital role in the functioning of the biosphere is really important in understanding impacts of the current extinction and climate crisis,” he added.

The senior author of the study, Dr Joseph Tobias (Imperial College London) said: “To compile measurements for all bird species has been a massive undertaking. That’s particularly the case considering the hundreds of explorers and biologists over the last 150 years who collected and curated the 70,000 museum specimens on which this work is based.”

Predictions of a species’ contribution to an ecosystem are often made using estimates of their evolutionary relationships with other species – relying on the fact that closely related species tend to be more similar in function than distantly related species.

However, the new database shows that body measurements offer a far better prediction overall, as some very distantly related species have evolved similar bodies to equip them for similar lifestyles or dietary preferences.

For example, the family of auks, which includes puffins and guillemots, have very similar body shape to penguins, despite evolving in opposite hemispheres. Both have beaks, bodies and wings adapted to swimming and catching fish underwater.

The concept – called convergent evolution – is far from new, but the new dataset provides the clearest picture yet of its widespread influence across an entire class of animals at a global scale.

The team looked at nine body measurements including the dimensions of beaks, tails, wings and legs as well as body mass, and compared these to a bird’s diet and foraging behaviour – for example whether it primarily catches invertebrates in the air, on the ground, or under water.

Some associations are obvious, such as longer wings in species that spend much of their time flying, or longer legs in ground-dwelling species. However, the team found that the combination of all body measurements was highly predictive of even subtle differences in lifestyle, and ecosystem function, across all species.

Dr Tobias said: “The link we show between body form and function has some potentially important applications, and paves the way for the use of similar data to investigate the role of biodiversity in ecosystems.

“For example, further studies can use our database to predict the effects of climate and land-use change on ecosystem function, and to set appropriate targets for wildlife conservation.”