Scientists at UCL have developed a method to reactivate ‘tumour suppressor’ genes, which are switched off by cancer cells – a finding which could lead to new targeted biotherapies for cancer. 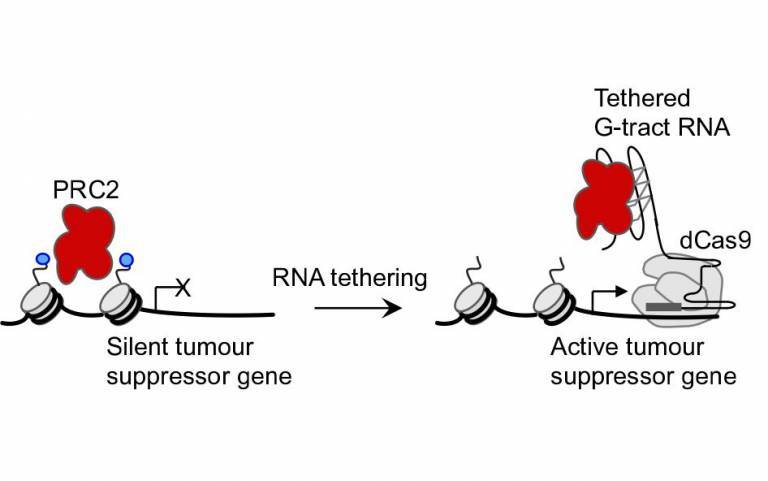 In the study, published in Nature Structural and Molecular Biology, researchers at UCL Cancer Institute and the Cancer Research UK UCL Centre aimed to identify ways to block the function of a regulatory protein called PRC2 (Polycomb repressive complex 2).

Healthy cells use PRC2 to silence genes whose instructions should only be read by other cell types. Cancer cells ‘hijack’ this silencing function of PRC2 to switch off ‘tumour suppressor’ genes. When active, these genes stop cells from dividing, so if PRC2 could be removed from these genes it could halt tumour growth.

Using healthy cells grown in the lab, the researchers found that PRC2 also binds to RNA, the information molecule that is produced by active genes. When PRC2 binds RNA, it can no longer bind and silence the gene.

Lead author, Professor Richard Jenner (UCL Cancer Institute), said: “Our discovery provides a way to precisely reverse cancerous gene silencing events, while leaving other genes switched off as they are supposed to be.

“The next steps are to test which cancer types this could be applied to and to develop a method that could be used to deliver the RNA and gene targeting agent to cancer cells in patients.”