Some people may be more genetically prone to cannabis addiction, finds a new UCL-led study. 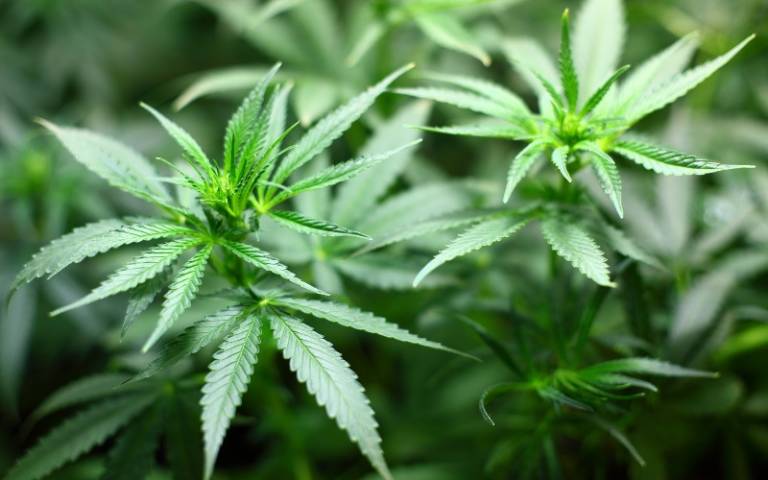 The researchers say their investigation of three genetic markers, published in Addiction Biology, could inform why some people become dependent of cannabis.

“We were interested in asking whether these genetic markers could predict addiction-related responses after inhaling doses of cannabis, such as how much our attention is drawn to cannabis-related pictures,” said lead researcher Dr Chandni Hindocha (UCL Clinical Psychopharmacology Unit).

The researchers were investigating three different markers of genetic variation which have previously been implicated in cannabis addiction, but have not all been considered in the same study before. The variants are involved in the body’s endocannabinoid system.

For the study, 48 cannabis users took cannabis using a vaporiser, and conducted tests related to addiction predisposition: a test for drug cue salience (which means how attention-grabbing cannabis-related images were versus neutral images, such as side-by-side images of a woman smoking cannabis and a woman holding a pen near her mouth); a satiety measure (testing whether they still want more cannabis after they’ve already had some) and a craving measure. They were also tested for the three genetic markers.

The researchers chose to focus on the specific cognitive mechanisms involved in addiction, rather than a general measure of cannabis dependency, to get a more detailed picture of how genetic markers affect the brain mechanisms that contribute to long-term drug dependency.

The researchers found differences to drug cue salience and state satiety for all three genetic variants. One genotype in particular, regarding the Cannabinoid receptor 1 gene, was associated with people continuing to want more cannabis after having used it, and continuing to be more drawn to cannabis-related imagery while under the influence.

The researchers say this suggests that people with that genetic marker could be more prone to cannabis addiction, especially as THC, the psychoactive component in cannabis, binds to this receptor.

The researchers say that it’s easy to test for these genetic variants, but that more research is needed to optimise such a test.

“There’s still more work to be done to clarify how these genetic variants impact drug effects, and to identify what other factors should be considered to gauge how vulnerable someone is to cannabis addiction.

Dr Hindocha said: “We hope that our findings could lead to the development of a test that could inform clinicians who are considering prescribing a cannabis-derived medication, as we learn more about which genes affect how people react to cannabis,”

Co-author Dr Tom Freeman (University of Bath) added: “Our findings have the potential to inform precision medicine targeting the rising clinical need for treatment of cannabis use disorders.”

The study was conducted by researchers at UCL, University of Bath, King’s College London, and the University of Exeter, and funded by the MRC alongside support from the National Institute for Health Research UCLH Biomedical Research Centre.