A Memorandum of Understanding was signed between the UCL Mullard Space Science Laboratory, the Schmidt Institute of Physics of the Earth, Russian Academy of Sciences and the IRDR to develop an instrumentation-based project for the detection of natural disaster precursorsfrom space through the observation of their effects in the ionosphere and magnetosphere.

As a result, a proposal for a very low cost space mission involving a Russian micro satellite and a UK nano satellite has been developed to launch in 2017 and has won initial funding from the UK and Russia. The project was a finalist for the Katerva Sustainability Awards in 2011. 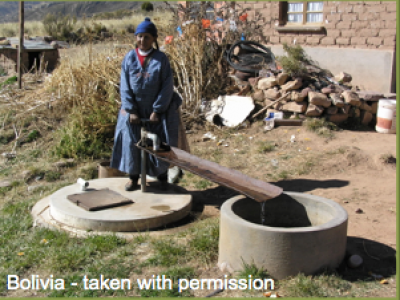 CAFOD - Bolivia
Water risk and its management in Bolivia's Altiplano is a joint research project between CAFOD, ABUHC and the IRDR, launched in 2012, and involving partners working in Bolivia, including CENDA and CIPCA. (See above under IRDR Research Projects for further information.)

Tohoku University, Japan
A Joint Statement was signed with Tohoku University for international research collaboration in the field of risk and disaster reduction at the one-year memorial of the 2011 Tohoku Earthquake and Tsunami Disaster. This was followed by a joint workshop and seminar hosted by the British Embassy in Tokyo in September 2012. In November 2013, to commemorate 150 years of UK-Japan collaboration in science and the Choshu Five studying at UCL, we hosted an international workshop on Disasters at UCL to coincide with the signing of a University-wide Memorandum of Understanding between UCL and Tohoku University. Disaster Research was a key part of this university-wide MoU, and we have continued our collaboration through joint field missions in the UK, Philippines and Japan, joint involvement in the UN World Conference on Disaster Risk Reduction, and further joint workshops in 2014, 2015, and 2016.

Technological Educational Institute of Crete, Greece
An Erasmus agreement for the exchange of staff and students was signed. TEI and the IRDR have 4 joint PhD students and two recently awarded earthquake research grants from the Greek research council, totalling over euro 550,000, held jointly with IRDR Visiting Professor, Filippos Vallianatos.

Jammu University, India
The IRDR is co-organised a Geological Society Conference held in Ladakh in 2014, which was a platform for a formal collaboration and exchange agreement with Jammu University.