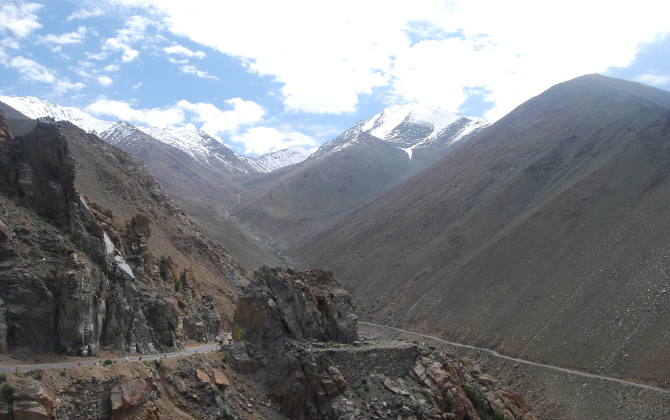 The Natural Environment Research Council (NERC), the Arts & Humanities Research Council (AHRC) and the Economic & Social Research Council (ESRC), have funded 28 projects under the Global Challenge Research Fund (GCRF), a £1.5bn fund announced by the UK government in 2015 to support cutting-edge research that addresses the  challenges faced by developing countries.

University College London, Institute for Risk and Disaster Reduction was successful in being awarded three of the 28 projects, including, Increasing Resilience to Environmental Hazards in Border Conflict Zones (NERC Reference: NE/P016138/1).

The Challenge for the Research

This foundation research proposal focuses on building resilience in a frontier conflict zone subject to multiple environmental hazards. Its rationale is that resilience can be addressed through understanding the hazard risks and the heightened vulnerabilities of the people only in the context of knowledge of the history of disasters and analysis of the impact of conflict on social relations.

The Hindu-Kush Himalaya region is home to over 200 million people. The mountains are the source of the major rivers of Asia which support 1.3 billion people. The landscape of the Himalaya is a result of a continuing competition between on the one hand collision of tectonic plates, which has raised the Himalaya mountains, and on the other gravity, which causes erosion. Eroded sediments are deposited by glaciers and rivers. The high rate of these processes of uplift, erosion and sedimentation creates a highly dynamic environment which causes earthquakes, landslides, floods, excess temperatures, wind and snow storm and drought. This fragile environment is subject to rapid regional climate change and affected by uneven development (including high levels of seasonal tourism). These environmental hazards impact lives, livelihoods and critical infrastructure.

Within the region, Kashmir covers the Indian state of Jammu and Kashmir (subdivided into Jammu, Kashmir and Ladakh), the Pakistan state of Azad Jammu and Kashmir and the territory of Gilgit- Baltistan, and the Chinese-administered territory of Aksai Chin. The recent history of Kashmir is of over-lapping territorial claims of three nuclear powers, China, India and Pakistan (with the world’s first, third and sixth largest armies), war and resolution (in 1947, 1962, 1965 and 1999), but with on-going internal conflict, border incursions and insurgency, which has led to communities divided across borders, militarised infrastructure and internal migration.  These all have the potential to increase community vulnerability as they disrupt social relations.

The project will focus on Ladakh. It was the scene of the most recent Indo-Pakistan war, the 1999 Kargil War, and has suffered cross-border infiltration from Pakistan and Afghanistan and incursions from China (e.g., across the Pangong Lake in 2014) which have intersected with internal tensions between communities. The official languages of Ladakh are Ladakhi, Tibetan, Urdu and Balti, with most Ladakhi being either Tibetan Buddhist or Shia Muslim, reflecting the mixed social and ethnic constitution of Ladakh. Population dynamics, economic growth and mass tourism are generating pressure on natural resources with migration and uncertain agricultural production modifying familial and village relationships and nomadic communities (i.e., the social capital). Ladakh experiences frequent major floods and landslides. These are locally well recognised and will help us engage with communities on multi-hazard approaches and infrequent hazard events.

In a joint project between the natural, social and historical sciences we will examine the historical evolution of the landscape of the Himalaya, the drivers of hazards and the effect of human impact. We will assess the vulnerabilities and social relations of communities in Ladakh, their cross- borders links, relations with other communities and migration. We will analyse the history of disasters, in the broader Kashmir region, the cultural and political development of the region, and assess the impact of conflict on resilience and adaptation.

The outcome of this project will be an understanding, in the historical context of a border conflict zone, how changing social relations increase or decrease social capital and vulnerability to environmental hazard risks. It is a key aim to build partnerships between researchers and practitioners across disciplines, across the Hindu Kush-Himalaya and with policy-makers, engineers, educators, NGOs, local communities, businesses and schools.

and Institute for Global Health (IGH)