How to Write an Emergency Plan, by David Alexander, published in June 2016 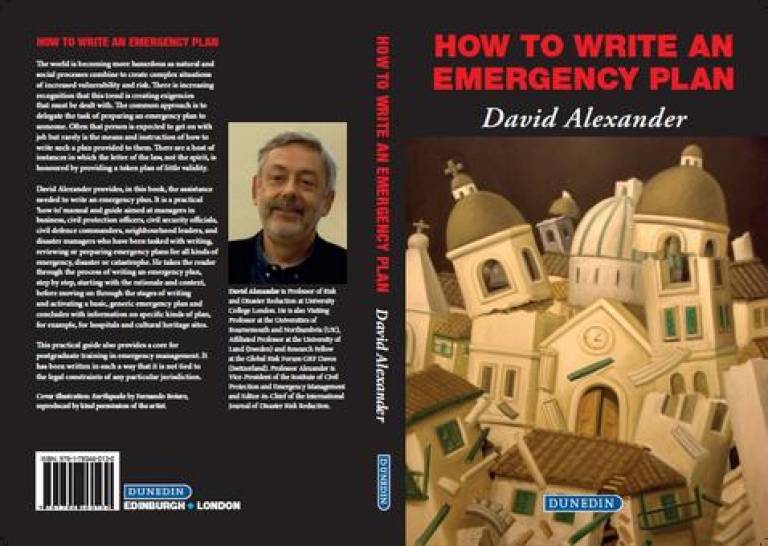 The title is How to Write an Emergency Plan.

Some years ago, David Alexander published a book entitled Principles of Emergency Planning and Management (Terra Publishing, Harpenden, and Oxford University Press, New York, 2002). The rationale of concentrating on principles was to decouple the narrative from particular systems of emergency management. For example, American books on managing disasters are so heavily based on US institutions and procedures that this limits their value to emergency managers in other countries. Principles was a success, but feedback from users of the book suggested that they would welcome a practical manual which explains exactly how to plan for an emergency.

Many potential readers of such books have little or no training and experience of preparing for major incidents, disasters and crises. Commonly, they are thrust into the role of emergency planner and left to fend for themselves. Hence, the main purpose of the new book is to take such people through the process of researching, preparing, writing and using an emergency plan. The 'bedrock' level at which this is done is that of municipal government (at every scale from hamlets and villages to city-regions). However, emergency plans are also needed in the health service, airports, industries, commercial concerns, museums and archives and prisons.

In preparing for emergencies, it is axiomatic that it is not so much the plan that counts, but the process of planning. It is a learning process: about hazards and emergencies, about resources and competencies, and about the ability of organisations, populations and administrations to cope during crises. Hence, emergency planning is much more than the plan itself. The field is extraordinarily broad and one of its most fascinating aspects is the ability of the diligent planner to discover exactly what can happen during an emergency. There are many surprises, but good scenario-building can, not only form a solid basis for a plan to manage an adverse event, but also reveal where the vulnerabilities lie in society. Many of them are far from obvious, but it is often the hidden weaknesses that become the serious problems in emergency situations, unless they are anticipated by thorough planning.