Myths, Realities, and Gender- Blind Planning: Exploring UK Disaster Recoveries as a Woman in Emergency Response by Dr Lucy Easthope. Join us for a seminar exploring the fantasy plans and then the situated realities of UK emergency response.

The IRDR Centre for Gender and Disaster is organizing a regular evening seminar on the last Wednesday of the month from January through to June 2019 (with more to come later in the year). The dates for your diary are (all 6-8pm in Rm 106 Gordon House):

These will be interactive events with an invited speaker to stimulate a discussion to which you are all invited to contribute.

30 January 2019 Studying Gender in Disaster: How far have we Got?

The first seminar on Wednesday 30 January 2019 was given by Dr JC Gaillard of Auckland University.

This presentation will discuss how much the study of gender in disaster has progressed over the past 40 years. It will particularly focused on how the study of gender in disaster reflects a broader trend of the so-called vulnerability paradigm and its alleged radical agenda. In the 1970s, we were indeed challenged to not only reconsider what we thought, until then, were the causes of disasters and their impact on societies but also how we researched disasters. This was particularly true for the study of gender in disaster that has eventually become a central component of the vulnerability paradigm and a trending research agenda. We were then encouraged to contest Western epistemologies, their concepts and methodologies, including masculinity and gender insensitive approaches, that were being rolled out across the world under a disguised imperialist agenda. Forty years later, despite much noise about the advancement of gender in disaster agenda and its impact on how disaster risk reduction policies and practices are progressively becoming gender-sensitive and inclusive, it seems, though, that we have merely scrapped the tip of the iceberg. In many ways, we are still reproducing a number of biases that were criticised in the 1970s, hence often pursuing, often unconsciously, an agenda that primarily serves Western researchers at the detriment of those who are most often affected by disasters in the rest of the world.

27 February 2019: Withdrawing from Politics? Gender, agency and women ex-fighters in Nepal of this series

This talk explores subjectivities of women who fought in the People’s Liberation Army (PLA) in Nepal, and the subsequent insights this provides for theorising agency in post-conflict contexts. It examines “withdrawing from politics”, a dynamic whereby women ex-fighters move away from the public sphere and collective mobilisation, and rearticulates this withdrawing as a location of political agency. Conceptualisations of post-conflict agency have been widely debated in feminist security studies. The paper distinguishes between three feminist approaches to post-conflict agency – narrative of return, representations of agency and local agency – and argues that all these approaches in distinct ways emphasise a modality of agency as resistance. To offer a more encompassing account of subjectivities of women ex-fighters the paper engages Saba Mahmood’s (2012) critique of the liberatory subject of feminist theory, and her decoupling of agency from resistance. I argue that being an “ex-PLA” emerges as a form of subjectivity that is crafted through experiencing war and encountering peacebuilding, enabling a production of various forms of agency in the post-conflict context. Through engaging with the narratives of ex-fighters I problematise the figure of the resistant female agent that haunts the otherwise nuanced feminist analysis of post-conflict agency.

Next Seminar "Myths, Realities, and Gender- Blind Planning: Exploring UK Disaster Recoveries as a Woman in Emergency Response ", on Wednesday 24 April 2019 will be given by Dr Lucy Easthope LLB MSc FHEA FRAI FEPS.

Lucy Easthope is independent researcher and consultant specialising in Disaster Recovery, with a long history of responding to the aftermath of major incidents. She is a Senior Fellow at the Cabinet Office Emergency Planning College, A Research Affiliate at the Joint Centre for Disaster Research, Massey University, New Zealand and Chair of the UK Emergency Planning Society’s Education Committee. She was awarded a Visiting Research Fellowship from the University of Bath in 2019. 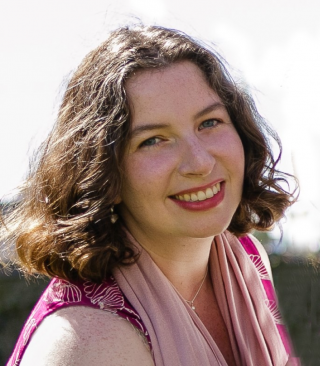 Live streaming: The first seminar Studying Gender in Disaster: How far have we got?