Do you prefer a warm loaf of bread or a bowl of freshly steamed rice with your meal? Your answer may give away where you are from. 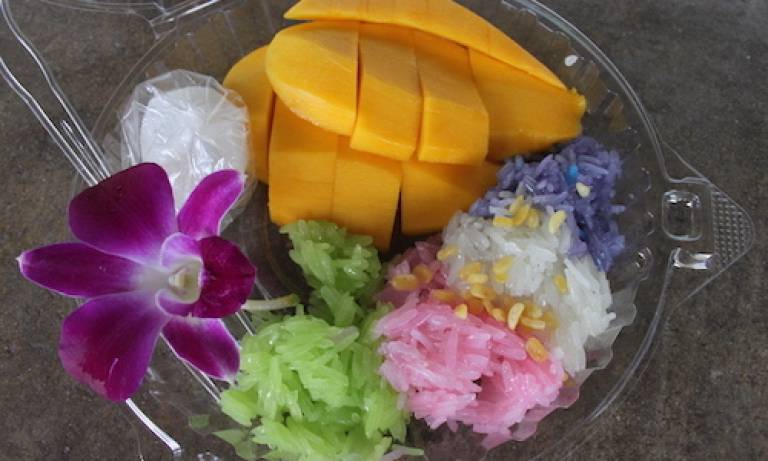 Dr Deniz Salali, an anthropologist at UCL, compares and contrasts cultural traditions of food and cooking across the world, from East to West.

“Do you have an oven in your kitchen?” asks Dorian Fuller, a professor of Archaeobotany at University College London. Almost everyone in the audience raises their hands. I am at the 'Food and the Planet symposium' in London, organized by UCL’s Food, Metabolism and Society Research domain. Dorian recalls the lecture he gave in Beijing, where no one in the audience had an oven in their kitchen. It appears that this contrast between the presence or absence of ovens in houses in London and Beijing goes far back into history, marking the difference in cooking traditions at the opposites end of Eurasia.

Dorian’s research informs us that the oven culture in Europe goes back to the long-term tradition of bread making and roasting in western Eurasia (the Near East and Mediterranean). Dorian argues that the tradition of bread making precedes agriculture in the Near East. This is evident in the early application of grinding technology to the processing of wild plants. The presence of grinding stones at Upper Palaeolithic sites (between 50k to 10k years ago) in Italy, Egypt and parts of Levant indicates that hunter-gatherers grinded wild plants (e.g. tubers, wild barley and wheat), possibly for the preparation of doughs and batters, long before the domestication of cereals. Dorian further argues that in western Eurasia people selectively domesticated the grasses because of their flour and bread making qualities: wheat and barley in the Near East, oats and rye later in Europe.

Bread culture goes hand in hand with the early development of ovens in Near East. The earliest ovens are found 11,500 years ago at Mureybet in Syria. These pebble-filled cylindrical pits were used for communal bread making and meat roasting. That is why ovens in Near East play a central role in the social lives of the communities. We later observe household ovens from 8,400 years ago in Çatalhöyük, a Neolithic site in central Turkey. Dorian talks about how central to life bread has been for people in those regions. In many cultures around Mesopotamia (the region between  Tigris and Euphrates rivers, and part of the “Fertile Crescent” where agriculture emerged) bread was and still is the staple food. In the earliest Mesopotamian writing eating was pictured by joining the signs for “mouth” and “bread”. It is fascinating that thousands of years later, cultures around this region still place bread at the centre of their meals.  In Turkey, where I am from, the dinner table is not considered complete if bread is missing. The word “ekmek” (bread in Turkish) also means to “sow” or to “plant". 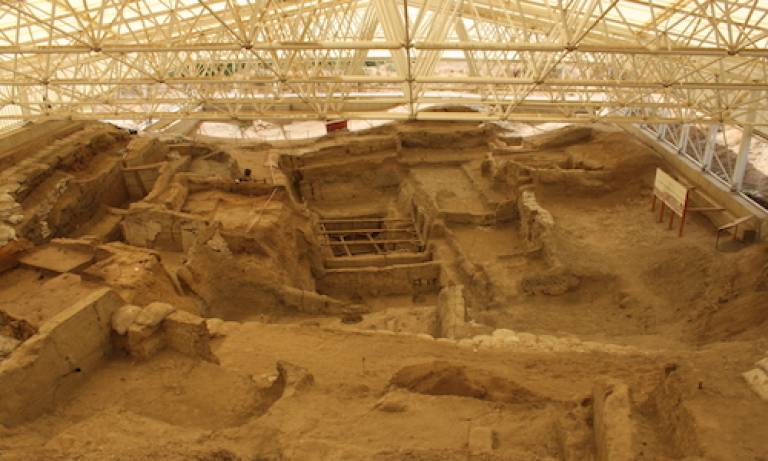 Çatalhöyük, a large Neolithic settlement in Anatolia-central Turkey. Every house had a cooking hearth and an oven (above). 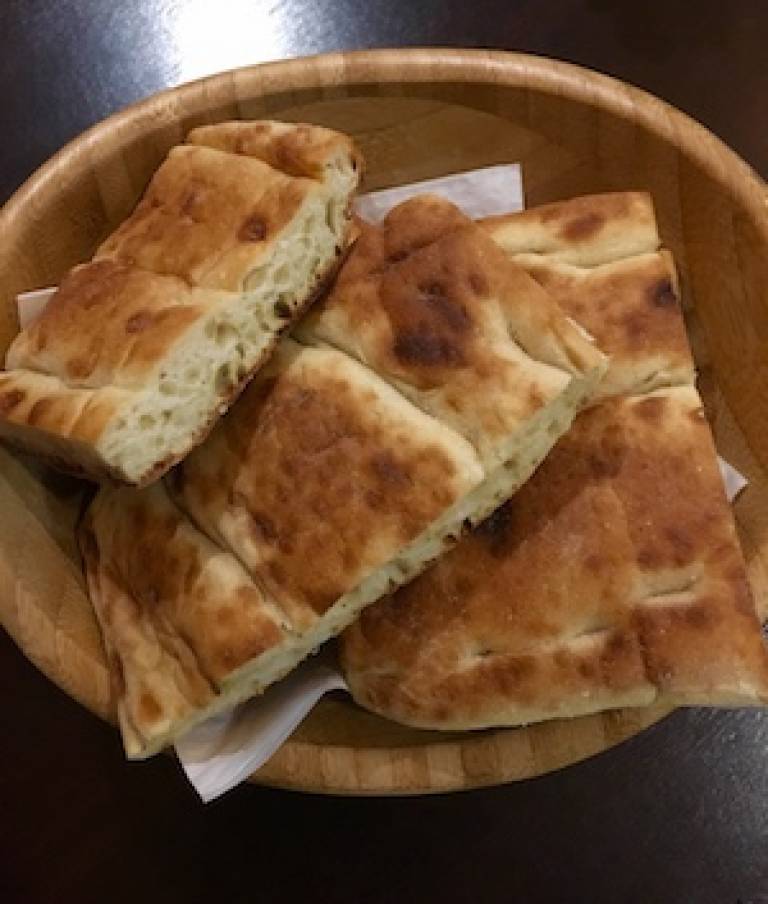 Dorian’s lecture also brought back childhood memories. Although I grew up in a big Aegean city in Turkey, every summer I would go to my grandmother’s village up in the mountainous Black Sea region. There was a communal oven in the centre of the village where women would bring dough they prepared in their houses and bake bread together. I used to love helping them with their baking and listening to their stories and gossip. The oven, and bread making was not just of central importance to their meals, but was also central to their communal activities. At the end of the day, I would proudly take a loaf or two back home with me.

Cultual traditions of cooking: Steaming and boiling in western Eurasia

In contrast to the Near East oven-culture, boiling and steaming have been the most dominant food preparation methods in eastern Eurasia (China and the Far East), which once again is a tradition dating far back in history. In China, Korea and Japan, instead of grinding stones, archaeologists observe abundance of pottery preceding agriculture, and later ceramics. These elaborate ceramics were used for steaming and boiling of whole grains, vegetables and meat, but also for beverage boiling and distillation. The importance of boiling and steaming vessels is reflected in early Chinese writing, where some characters depict those vessels.

Dorian further argues that the preference for sticky rice in east Asia and northern southeast Asia comes from the long tradition of boiling in east Asia. Preparation of sticky rice requires boiling, repeated pounding and also genetically determined stickiness (hence the name sticky or glutinous, i.e. glue-like, rice). It is interesting how these food preferences lead to the selection of glutinous crops only in east Asia. Evidence suggests that the preference for stickiness fist emerged amongst rice consumers and farmers who artificially selected sticky varieties of crops like barley and sorghum. I should note that the name glutinous does not mean those crops have gluten in them. They do not. The stickiness comes from the high levels of waxy starch compared to low levels of amylose, which produce grains that cook dry and fluffy. 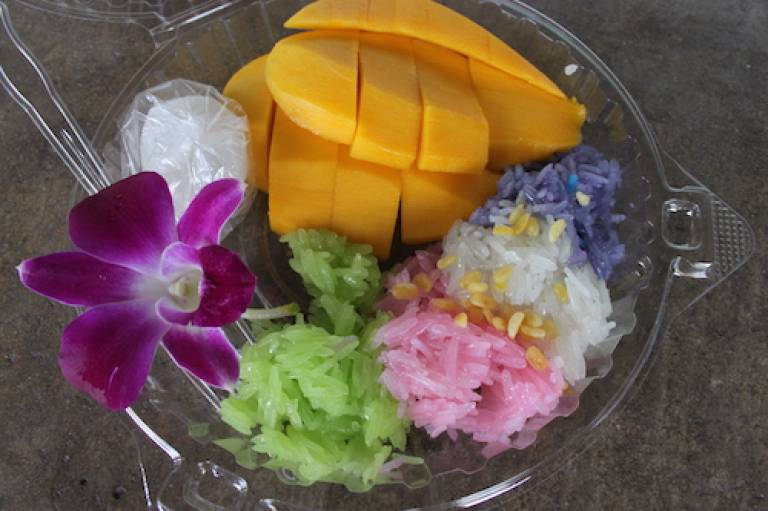 Growing up in a Mediterranean bread culture, this mango sticky rice was an unfamiliar but equally delicious taste for me (right).

India: a region in between two culinary traditions

South Asia presents a different culinary story, with a mix of grinding and boiling traditions depending on the region. On my travels in India, I witnessed the continuity of these food traditions in the regional food. My friend, Sahil Nijhawan, who is also a researcher at UCL's Anthropology department, explains the difference in regional food across India in the following way: “In northeast India people typically boil meat and vegetables, and they primarily eat rice. In Rajasthan (a desert region) and other parts of mainland India people prefer to cook in oil, and eat more wheat and millet than rice, which are made into a number of different types of flat breads”. Indian breads are often cooked on fire, but can be baked as well, like the delicious naans baked in tandoor ovens.

Now every time you have a nice roast beef pita in the Mediterranean or a steamed bun at a Chinese restaurant, remember that what you are eating is the product of particular culinary traditions that emerged thousands and thousands of years ago. Dorian’s research demonstrates cultural evolution of cooking traditions at the opposites ends Eurasia: with every generation, new foods and technologies are added, but they overlie historical ones; without changing them. 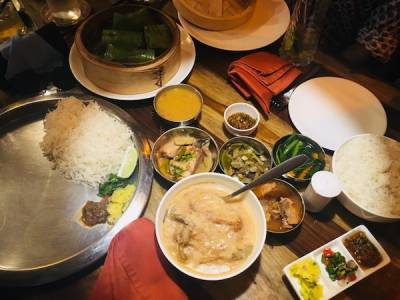 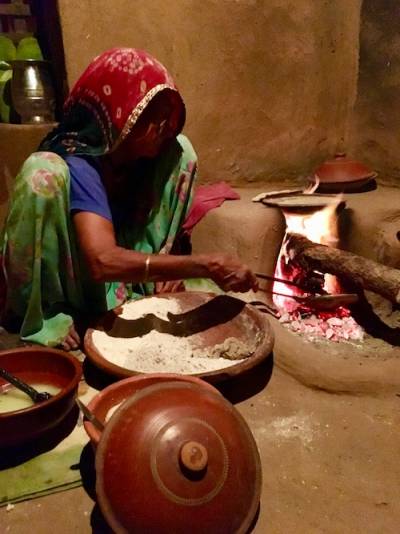 A selection of the diverse Naga cuisine. Nagaland is a state in northeast India where boiled, steamed and smoked foods dominate (left).
A woman cooking roti, a type of flatbread, made of a local variety of millet in Rajasthan India (right).

1. Prof Dorian Fuller’s lecture: “The archaeology of cooking traditions: the baked versus the boiled at the opposites end of Eurasia”, March 21, 2018, UCL Food and the Planet Symposium