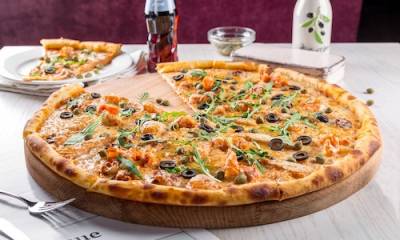 People will choose foods that they want to eat. People with chronic conditions such as coeliac disease and kidney disease are not different. Food choices and overall dietary patterns play a key health improving role in these chronic conditions [1,2]. Following a dietary pattern in the context of a chronic condition is, therefore, particularly important. There are several different terms that are used to describe how people with long-term health conditions 'follow' a dietary pattern. These include compliance, concordance and conformance [3]. Adherence, which is the focus of this article, is another. It is the preferred term due to its emphasis on the need for agreement between patient and practitioner. Adherence is defined by the World Health Organisation as 'the extent to which a person's behaviour - following a diet and/or executing lifestyle changes - corresponds with agreed recommendations from a health care provider' [4]. On average, approximately half of people across diverse long-term health conditions stick to dietary advice [4,5,6]. Although the extent of non-adherence reported varies considerably, partially due to diverse definitions and the use of subjective self-reported information. The consequences of non-adherence to dietary advice include reduced clinical benefit, avoidable morbidity and mortality and increased waste in healthcare spending [7].

Understanding what makes dietary adherence difficult and challenging and how to bring about improvements is required. To tackle the problem, it is necessary to understand the varying types and causes of non-adherence. Strategies can then be tailored accordingly. A lot of people talk about sticking to a dietary pattern like it's a muscle that they can somehow control. However, dietary non-adherence can be 'intentional' and 'unintentional' [8]. Unintentional involves practical barriers, such as poor communication between the patient and their healthcare professional - and intentional non-adherence occurs when the patient's perceptions, such as illness and treatment beliefs and motivations, lead to non-adherence.

Early exploratory work in dietary non-adherence tended to focus on patient-healthcare professional communication [9]. Specifically, the effect of this communication on peoples' understanding, satisfaction and memory as key factors underpinning dietary non-adherence. But this obscures many truths about this crucial behavioural process. The thinking in this area continues to evolve. More recent fruitful work has switched the focus to peoples' motivations, opportunities and capabilities as dynamic components affecting dietary non-adherence. For instance, studies in long-term health conditions indicate confidence and social support may play a key role in adherence to dietary recommendations [10]. Several other unique factors such as social eating occasions, taste and dietetic staffing also play a role in dietary adherence [11].

As life expectancy increases, the number of people managing their long-term health condition is expected to grow. The problem of people not following recommended dietary changes may well become worse in the next few years. The body of evidence described above opens new routes by which dietary adherence among those with a long-term health issue may be appreciably improved.

Dr Brian Power is a Lecturer at the UCL Institute for Liver and Digestive Health, in the Faculty of Medicine. He is also a member of the Food, Metabolism and Society Domain.