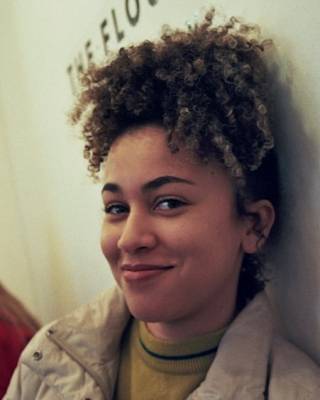 PhD Research: My research interrogates how the historical and socio-cultural narrative of race manifests in today’s facial recognition and surveillance technologies. Informed by an emergent body of critical scholarship on racialized biases produced in machine learning and artificial intelligence, my work specifically aims to connect nineteenth century colonial regimes of biometric racial governance to twenty-first century assumptions through which the black face is rendered both hypervisible and undetectable in contemporary fields of surveillance culture. I contextualise performance of today’s “neutral,” and “objective” big-data assemblages in a history of racialist logics ranging from 19th century blackface minstrelsy to racializing histories of the photograph in scientific fields across ethnography, anthropology, phrenology, physiognomy, and craniology. Methodologically, I adopt both a historiographical and intermedial approach to mine colonial archives, including politico ontological discourses across techno-science, historiography, philosophy, and visual culture. Engaged with philosophical critiques of “universal,” yet hierarchical, configurations of the human founded on faulty ontologies constituting the face as a sign of otherness, my research will significantly contribute to interventions that both challenge and reframe mechanisms by which racialism is compulsively re-codified in the algorithmic logics of facial recognition technology.