Ida Danewid is an interdisciplinary writer and teacher interested in postcolonial theory, Marxism, and interconnected histories of raced, sexed, carceral, and ecological violence. A central strand of her work focuses on transnational movements, anti-colonial internationalisms, and revolutionary struggles against racial capitalism and the many afterlives of empire. She is currently Lecturer in Gender and Global Political Economy at the University of Sussex.

Ida’s first book project, Resisting Racial Capitalism: Global Struggles for Abolition, is under contract with Cambridge University Press. The book draws on anti-colonial and black Marxist thought to rethink the cartography of global justice through a transnational abolitionist lens.

Ida is the recipient of numerous awards, including the 2020 Best Article in European Journal of International Relations (for “The Fire This Time: Grenfell, Racial Capitalism, and the Urbanisation of Empire”) and the Edward Said Award (for “White Innocence in the Black Mediterranean”). She is one of the editors of The Black Mediterranean: Bodies, Borders, and Citizenship (Palgrave MacMillan).

Ida was previously a Visiting Scholar at UC Berkeley and the Editor of Millennium: Journal of International Studies, which includes the special issue “Racialized Realities in World Politics.” She received her PhD from the London School of Economics and Political Science in 2018. 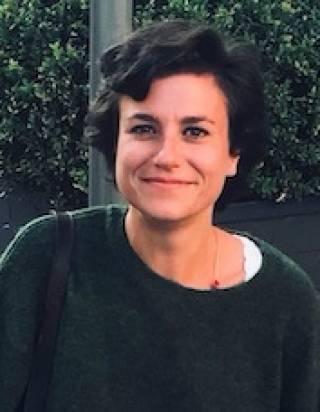