Awate Abdalla is a critically acclaimed writer focused on stories at the intersection of race, class and surrealism - with a dose of humour.

A former Artist in Residence at the Tate and British Library in 2020 and 2019, Musician in Residence for the PRS Foundation and British Council working in Brazil in 2018 and Resident Artist at The Roundhouse in 2016 - Awate has produced a wide range of commissioned multimedia works mixing music, film, theatre and visual art.

Awate will conduct research into local stories of resilliance and resistance, putting together an online archive of oral histories, text, photos and short films. 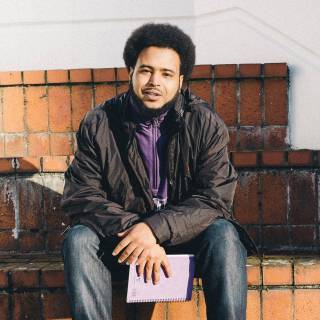