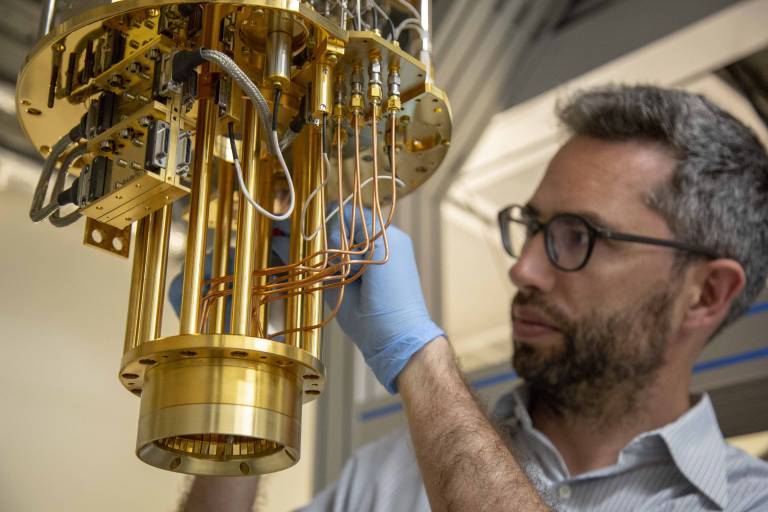 Professor John Morton, director of UCL’s Quantum Science and Technology Institute says to Tech Monitor that the UK's forward-thinking quantum computing strategy is paying dividends, but with other countries now making investments of their own, it will have to further develop its talent pipeline to stay ahead of the game.

"The UK government started its quantum computing journey in 2013 when it invested £270m to set up the UK National Quantum Technologies Programme, with a quantum roadmap following a year later. The second phase of the programme kicked off in 2019 and runs until 2025. Including industry contributions, the Quantum Technologies Programme has invested more than £1bn in the sector, the government says.

“The way the [government programme] has developed has been very interesting,” says Professor John Morton, director of the Quantum Science and Technology Institute at UCL. “At the beginning it was very much directed towards academic research, trying to foster and cultivate interest in this within industry. Now we’re in the second phase, and the majority of funding is going towards industry-led projects, with matched funding from the government being put into projects which is helping to de-risk them for large companies and start-ups.” "There haven't been any new funding announcements [in the UK] recently, but the government programmes have been significant," he says. "We're in the middle of one of those at the moment, and quantum has emerged as a topic which is on the lips of the prime minister and his chief scientist, which is new and promising."

The current phase of governmental quantum funding runs until 2025, and Professor Morton says developing talent will be key to the next tranche of funding if the UK is to remain competitive. Like many tech sectors, quantum faces a skills shortage as commercial opportunities for deploying the technology develop at a faster rate than the talent pool grows. Industry body techUK says more than 400 quantum PhDs have been created by 30 UK universities, but this number needs to grow.

"The industry is going to live or die by the talent it can hire," says Professor Morton. "The UK has done a good job so far, and we've developed programs in quantum computing and quantum technology that have been very successful and become models that have been applied elsewhere in the world. Maintaining that stream of bright people, training them in quantum technologies, and then establishing the pipeline that allows them to take the jobs that we're creating in quantum computing is really critical."