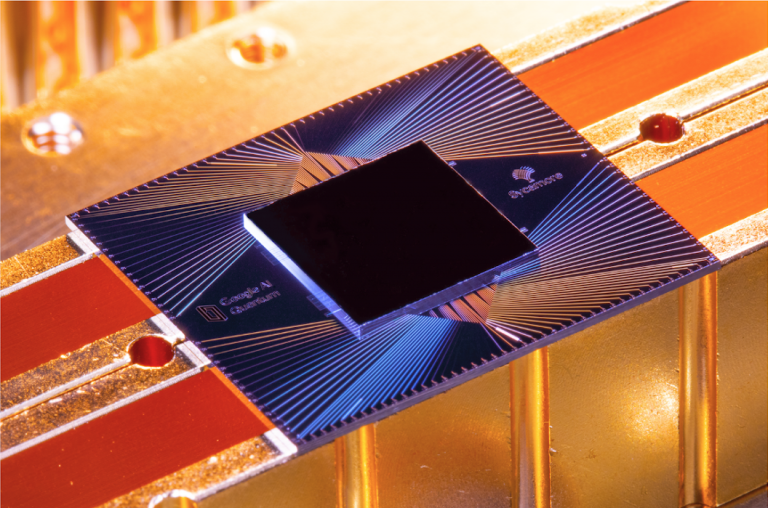 UCL research shows that pseudorandom circuits, recently implemented in Google’s ‘quantum supremacy’ experiment, can be used to simulate properties of quantum systems that are hard to compute classically. UCL researchers also think that this randomness might help reduce the impact of errors in the operation of quantum computers.

Google’s researchers used their superconducting quantum processor to perform a random sampling task that they asserted demonstrates the experimental realisation of quantum supremacy because by Google’s estimate (in 2019) an equivalent task by a state-of-the-art classical supercomputer would take approximately 10,000 years.

This random sampling task consisted of sampling from the output of pseudorandom circuits, that is Google’s researchers applied a sequence of one- and two-qubit gates, drawn at random from some available set of gates, and measured the outcome. This task is arguably rather abstract, and at the time of Google’s announcement other researchers debated that while the result was commendable, it wasn’t a true demonstration of quantum supremacy as the random sampling task used had no known useful physical application.

Co-author Dr Jonas Richter (UCL Physics & Astronomy and UCLQ) said: “Many-body system simulations are notoriously challenging and sometimes intractable even with modern supercomputers, however they would be natural for a quantum device. By adapting Google’s random sampling task, we have designed an efficient algorithm that can run on near-term quantum hardware. We show that researchers can use this algorithm to explore difficult to simulate aspects of quantum many-body systems. Furthermore, we believe researchers could use this tool to explore systems that are difficult to find or don’t exist in nature, which may lead to fundamental discoveries.”

In the study, the researchers detail an eﬃcient algorithm to simulate hydrodynamics. Hydrodynamics describes the flow of spin or particle densities in quantum systems. Their work also suggests that meaningful simulations of quantum hydrodynamics should be possible with realistic error rates on near-term quantum devices.

Co-author Dr Arijeet Pal (UCL Physics & Astronomy and UCLQ) said: “We show that randomness can be useful - that the abstract sampling task implemented by Google’s research team can be of practical use on the noisy quantum computers we have today, and that randomness may in fact be the key to mitigate the naturally occurring errors of quantum computers.”

Richter and Pal plan to test their algorithm on current quantum hardware and investigate whether the intrinsic randomness of the quantum state might actually mitigate the harm caused by the inevitable errors quantum computers face in their normal operation.

However, currently available quantum computers have relatively few quantum bits and are subject to interference. These noisy intermediate scale quantum computers are prone to errors and do not yet have the computational resources needed to directly simulate large quantum systems.

While the applications of quantum computing differ from traditional computers, they will enable us to solve certain types of problems that cannot be solved on classical computers. These include problems that involve quantum mechanics directly such a drug development, but will also help optimise the solutions to complex everyday problems such as transport and logistics.

This research was funded by the European Research Council under the European Union’s Horizon 2020 research and innovation programme.