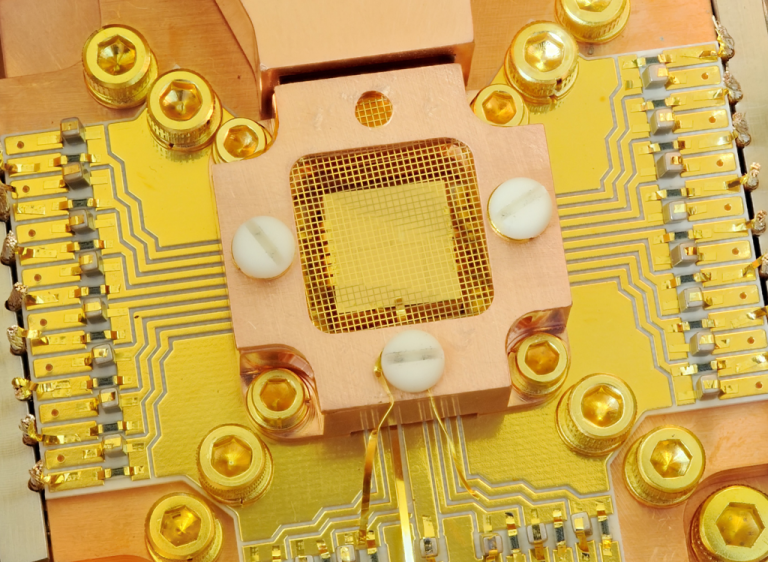 Of the eight projects that will foster quantum research collaborations between academia, industry and government partners in the UK and Canada, two are formed in partnership with UCLQ researchers and spinouts.

The UK-Canada Quantum Technologies Competition today announced the winners of the competition run jointly by UK Research and Innovation (UKRI) and the Natural Sciences and Engineering Research Council of Canada (NSERC).

The eight winning projects will share grants of £2 million from UKRI and C$4.4 million total investments from Canada under the bilateral initiative. It follows an agreement signed between the two nations in 2017 to share quantum expertise through academic and business collaborations. The competition will result in the first industry-led partnership between any two countries to develop quantum technologies, which exploit our understanding of light and matter at the atomic level.

Each of the eight projects have a UK business lead and a Canadian academic lead, as well as research organisations and other company and government partners from both countries. The UCLQ winners include:

This project uses artificial intelligence to control an atomic resolution microscope to fabricate and identify silicon qubits, which may pave the way to silicon-based quantum computers. Silicon is an attractive material for quantum computing, as it provides for very long coherence times, which means quantum instead of classical properties persist for relatively long times. Furthermore, the vast experience of the semiconductor industry can be harnessed for future scale up.

Science Minister Amanda Solloway said: “We are only at the start of developing quantum technologies, but it is already clear that they offer us a world of opportunity across entire sectors like healthcare, communications and financial services. The UK and Canada have a strong collaborative relationship in science and technology. By our businesses and academics working together, these incredible new projects will help us accelerate the development, scale up and commercialisation of quantum technologies, ensuring the UK remains a world-leader in this area.”

Roger McKinlay, Challenge Director for the Quantum Technologies Challenge at UKRI, said: “These are innovative, mature, well thought-through, projects born out of great ideas coming from very capable universities and companies. They will accelerate the development of quantum technologies to the benefit of both nations.”

Alejandro Adem, President, Natural Sciences and Engineering Research Council of Canada, said: “Canada and the UK have a long-established record of successful collaboration in science and technology. NSERC is pleased to work in partnership with UKRI to support collaborations between academics, companies and government partners from both countries to develop technologies that will demonstrate of the impacts of quantum technologies for the benefit of the economy and society.”