An introduction to quantum pin codes: a class of quantum CSS codes. 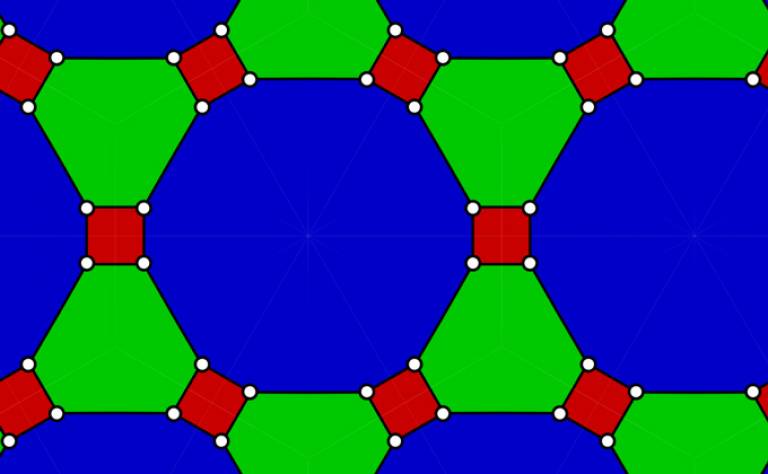 Researchers at University College London, together with colleagues at TU Delft have studied quantum pin codes, a class of quantum CSS codes. Quantum pin codes are a vast generalization of quantum color codes and Reed-Muller codes. A lot of the structure and properties of colour codes carries over to pin codes. Pin codes have gauge operators, an unfolding procedure and their stabilizers form multi-orthogonal spaces. This last feature makes them interesting for devising magic-state distillation protocols. The authors study examples of these codes and their properties in relation to quantum error correction.

The realisation of a fault-tolerant universal quantum computer is a tremendous challenge. At each level of the architecture, from the hardware implementation up to the quantum software, there are difﬁcult problems that need to be overcome. Hovering in the middle of the stack, quantum error correcting codes inﬂuence both hardware design and software compilation. They play a major role not only in mitigating noise and faulty operations but also in devising protocols to distil the necessary resources granting universality to an error corrected quantum computer. The study and design of quantum error-correcting codes is, therefore, one of the major tasks to be undertaken on the way to universal quantum computation.

A well-studied class of quantum error-correcting codes are Calderbank-Shor-Steane codes (CSS codes), which are a kind of stabilizer quantum codes. The advantage of CSS codes is their close connection to linear codes which have been studied in classical coding theory. A CSS code can be constructed by combining two binary linear codes. Roughly speaking, one code performs parity checks in the Pauli X-basis and the other performs parity checks in the Pauli Z-basis. Not any two binary linear codes can be used: it is necessary that any two pairs of codewords from each code space have to have even overlap. Common classical linear code constructions, e.g. random constructions, do not sit well with this restriction and can therefore not be applied to construct CSS codes. Several families of CSS codes have been devised based on geometrical, homological or algebraic constructions, however, it is still open which parameters can be achieved.

Besides being able to protect quantum information, quantum-error correcting codes must also allow for some mechanism to process the encoded information without lifting the protection. It is always possible to ﬁnd some operations realizing a desired action on the encoded information but these operations may spread errors in the system. One should restrict themselves to fault-tolerant operations which do not spread errors. For instance, acting separately on each qubit of a code cannot spread single qubit errors to multi-qubit errors. This is called a transversal gate, but not any code admits such gates. More generally, for many codes in the CSS code family, it is possible to fault-tolerantly implement Clifford operations, which are all unitary operations preserving Pauli operators under conjugation. Clifford operations by themselves do not form a universal gate set. Several techniques to obtain a universal gate set, by supplementing the non-Clifford T gate to Cliffords for example, have been devised, among which magic state distillation is currently the most promising candidate.

In this work, the authors introduce a new class of CSS codes, which they call quantum pin codes. These codes form a large family while at the same time have structured stabilizer generators, namely they form multi-orthogonal spaces. This structure is necessary for codes to admit transversal phase gates and it can be leveraged to obtain codes that can be used within magic state distillation protocols. Moreover, the construction of pin codes differs substantially from previous approaches making it an interesting space to explore further.