Marzena Szymanska discusses her group's work on the nature of polaritons. 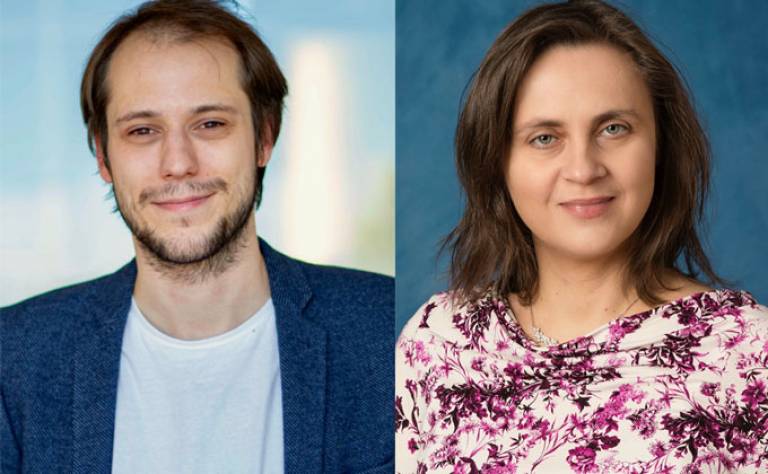 Marzena Szymanska and Richard Juggins discussed their work in an interview with New Scientist, following its publication in Nature Communications. Below, Marzena summarizes the state of art of the field of quantum technologies and what they found out in their exciting study about polaritons’ nature.

"Using modern technology, it is possible to trap particles of light and turn them into a fluid. Unlike ordinary light, the particles in the fluid have mass and can interact with each other. We can observe this liquid light as it flows and watch it deform as it passes obstacles. As well creating a fluid, it is also possible to build synthetic quantum matter out of light.

Quantum mechanics is usually only visible on the tiniest scales – those of individual particles. However, if we engineer the conditions correctly, trillions of trillions of particles of light will combine and show quantum effects on larger scales too. That is, we can synthesise matter that has quantum features on all scales.

An example of quantum matter is a superfluid. First observed in liquid helium, superfluids flow with no viscosity and cannot rotate, except in the form of tiny tornado-like vortices, and can even spontaneously empty themselves from their container by climbing up the walls. Experiments have shown that it is possible to synthesise superfluids of light that share these bizarre properties.

In our work we show that it is possible to go even further. We have discovered that light can form a new state of matter somewhere in between a fluid and a solid which does not react to any forces applied to it. It no longer deforms like a fluid when it passes an obstacle and is less responsive even than a superfluid. In this sense it is entirely rigid to external forces. This new rigid state is another example of synthetic quantum matter.

The field of quantum technologies has been rapidly developing in recent years. Research groups are beginning to build quantum devices out of light and even hope in the future to build quantum computers. In pursuit of this goal, deepening our understanding of various forms of light – and how to synthesise and manipulate it – will be invaluable."

You can learn more about Marzena Szymanska’s research, visiting her group's website: qlm-ucl.org