Chris Rapley is Professor of Climate Science at UCL. He is the Chair of the UCL Policy Commission on the Communication of Climate Science, and Chair of the London Climate Change Partnership, which seeks to ensure that London is the capital city best prepared for the impacts of climate change. His early research career was devoted to developing and utilising space-borne instruments to study the cosmos, the Sun, and the Earth. He is a Fellow of St Edmund’s College, Cambridge and a member of the Academia Europaea. Previously he was Director of the Science Museum, the British Antarctic Survey, and the International-Geosphere Biosphere Programme. He was Chair of the Planning Committee for the International Polar year 2007-2008. 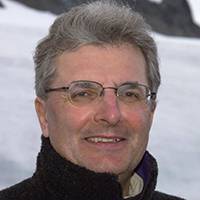 He has given evidence to House of Commons and House of Lords committees on this and related topics, as well as briefing Ministers, government departments, the GLA, and organisations as varied as the Church of England and Shell. He regularly gives public lectures on climate change.

He is the co-author, with playwright Duncan Macmillan of 2071: The World We’ll Leave our Grandchildren, a one-man play directed by Katie Mitchell which premiered at the Royal Court theatre and Deutsches Schauspielhaus, Hamburg in November 2014, and was subsequently published as a book.

In 2008 he was awarded the Edinburgh Science Medal “For professional achievements judged to have made a significant contribution to the well-being of humanity”.