Build your own Fantasy Frontbench here

Just in time for this year’s snap election, UCL Public Policy is pleased to announce that it has become the official academic partner for non-profit digital democracy project Fantasy Frontbench.

The project, which was launched just before the 2015 general election, and funded with a grant from the Joseph Rowntree Reform Trust, aims to engage those intimidated by or uninterested in politics and traditional political media by presenting the process of government and policymaking in an easy to understand and familiar format. A twist on the popular fantasy football concept, users create their own cabinet of 22 ministers by comparing MPs on how they have voted in parliament on key policy issues such as NHS reform, EU integration and university tuition fees. Once selected, they are given a graphical breakdown of the data and are able to share and debate their selections via social media. So far the site has attracted around 40000 visitors and received attention from journalists, academics, politicians, and most importantly, a significant number of the general public.

Matt Smith is the founder of the project and a learning technologist at UCL, part of the Integrated Engineering Programme. Matt said of the partnership: “The main aims of the project have always been to make politics more accessible, especially to young people, and to encourage informed political discourse around the current parliamentary system. We hope Fantasy Frontbench allows users to interact with key political data on their own terms, outside of the interpretations projected by the media and politicians themselves. Working with UCL Public Policy provides the perfect platform for taking the project forward. We have a number of ideas for expanding the current service and are very excited about the ways in which we may collaborate with students and academics across UCL in making these a reality.”

Sarah Chaytor, Director of Research Strategy and Policy, stated: “The referendum campaign last year showed a considerable feeling of detachment from ‘experts’ and universities; the current general election ‘fatigue’ is symptomatic of a broader public disinterest in politics and our current political system. Fantasy Frontbench has real potential to stimulate new forms of civil and social engagement with politics and to encourage people to think about the way in which democracy is changing and the impact that technology can have on political and policy engagement.“ She also called on students to get involved: “Our new links will bring about a host of student volunteering opportunities in the areas of research, web development and political journalism. We also hope this partnership will help to foster stronger links between UCL and a wider network of digital democracy initiatives and civic tech organisations.”

An official launch event will be hosted by UCL Public Policy during Parliament Week in November of this year. If you are interested in volunteering on the project, please visit the Volunteer section of the Fantasy Frontbench website for further information. 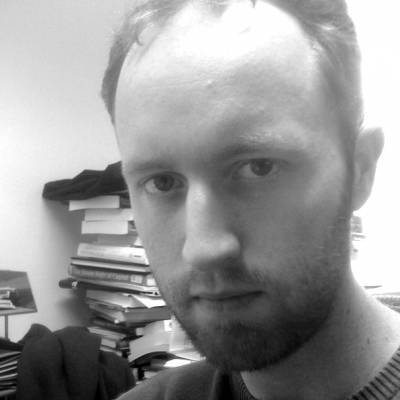 Michael Fell is based at the UCL Energy Institute. He is interested in consumers' relationship with energy use and the flexible nature of energy demand. He has supported a range of policy and industry engagement activities to get the latest consumer energy research to decision makers.

Subscribe to our newsletter to receive regular updates on UCL research, analysis and work with public policymakers.