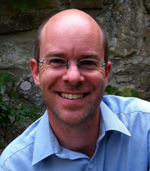 Michael Lacewing is Director of Research and Senior Lecturer in Philosophy at Heythrop College, London, and an Honorary Reader at UCL, teaching on the MSc in Theoretical Psychoanalytic Studies. His research interests lie in the philosophy of psychoanalysis, metaethics, and empirically-informed moral psychology.

His recent publications have concerned the scientific standing of psychoanalysis, examining methodological and empirical issues, and he is currently writing a book entitled Could psychoanalysis be a science? for Oxford University Press. He is also co-editor of the Oxford Handbook of Philosophy and Psychoanalysis, forthcoming in 2017-18.

Michael also researches on the implications of both psychodynamic and recent empirical moral psychological theories for questions in metaethics, including moral epistemology, response-dependent theories of value, and the nature of character. He has previously written on the nature of unconscious emotions, the implications of psychoanalytic theory for the role of emotions in moral deliberation and self-knowledge, and the understanding of emotions in theories of psychotherapy.

Since 2002, Michael has been an active member of a research group of philosophers and psychoanalysts attached to the Institute of Psychoanalysis in London (www.philosophy-psychoanalysis.org.uk). He is also a founding member of the Interdisciplinary Network on Sympathy, Empathy and Imagination (www.insei.net).