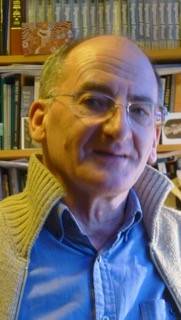 John Fletcher is Professor Emeritus in the Department of English and Comparative Literary Studies at the University of 'Warwick. He has published on a range of psychoanalytic topics, mainly associated with the work of Freud, Julia Kristeva and Jean Laplanche, five volumes of whose work he has edited and co-translated into English: Jean Laplanche: Seduction, Translation and the Drives (1992), Essays on Otherness (1999), New Formations no. 48 Jean Laplanche and the Theory of Seduction (2003), Freud and the Sexual: Essays 2000-2006 (2011) as well as Seductions and Enigmas: Laplanche, Theory, Culture (2014), coedited with Nicholas Ray. He has recently published a monograph on Freud and the Scene of Trauma (2013). His overview of Laplanche's metapsychology, "Seduction and the Vicissitudes of Translation: the Work of Jean Laplanche', appeared in Psychoanalytic Quarterly, LXXVI, no 4, 2007.