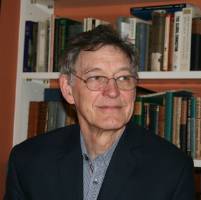 David Taylor is a Training & Supervising analyst of the British Psychoanalytical Society (BPAS). Throughout his career his central work has been that of a practicing psychoanalyst seeing five times weekly cases. As well as his Visiting Professorship at UCL, where he organises the annual psychoanalysis conference each December, he is an Honorary Consultant Psychiatrist & Psychotherapist at the Tavistock & Portman NHS Trust where he held several roles including that of medical director, head of adult services and clinical director of the Tavistock Adult Depression Study (TADS) for which he was responsible from its inception onwards. He wrote the manual for the psychoanalytic psychotherapy tested in TADS; also used in the German LAC trial. He is a trustee of the Melanie Klein Trust. His other current roles include chair of the IPA's Clinical Research Committee and Member of the Board & Council of the BPAS with special responsibility for research and academic links. He supervises in Heidelberg, Vienna and Washington and has lectured and taught widely. His more recent papers include discussions of the value of the later works of Bion and the relationship between clinical and empirical forms of enquiry. As well as ongoing studies of depression, his current writing includes studies of the relationship between real and ideal objects and the nature of anxiety hysteria.